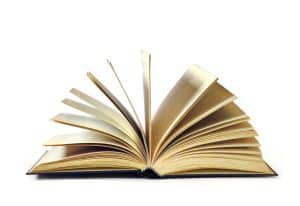 Hearsay from alleged sex assault victims under 13 might get admitted into evidence, says Fairfax criminal lawyer

Hearsay is an out of court statement offered into evidence at trial to prove the truth of the matter asserted therein. As a Fairfax criminal lawyer, I know that such evidence generally is inadmissible at trial unless an applicable evidentiary exception applies. When it comes to the testimony of alleged sexual assault victims under thirteen years old:

“An out-of-court statement made by a child who is under 13 years of age at the time of trial or hearing who is the alleged victim of an offense against children describing any act directed against the child relating to such alleged offense shall not be excluded as hearsay under Rule 2:802 of the Rules of Supreme Court of Virginia if both of the following apply:
“1. The court finds, in a hearing conducted prior to a trial, that the time, content, and totality of circumstances surrounding the statement provide sufficient indicia of reliability so as to render it inherently trustworthy. In determining such trustworthiness [in the hearsay exception analysis], the court may consider, among other things, the following factors:
“a. The child’s personal knowledge of the event; b. The age, maturity, and mental state of the child; c. The credibility of the person testifying about the [otherwise hearsay] statement; d. Any apparent motive the child may have to falsify or distort the event, including bias or coercion; e. Whether the child was suffering pain or distress when making the statement; and f. Whether extrinsic evidence exists to show the defendant’s opportunity to commit the act; and
“2. The child: a. Testifies; or b. Is declared by the court to be unavailable as a witness [for hearsay analysis]; when the child has been declared unavailable, such statement may be admitted pursuant to this section only if there is corroborative evidence of the act relating to an alleged offense against children.
“C. At least 14 days prior to the commencement of the proceeding in which a statement [otherwise hearsay] will be offered as evidence, the party intending to offer the statement shall notify the opposing party, in writing, of the intent to offer the statement and shall provide or make available copies of the statement to be introduced.”
Va. Code § 19.2-268.3.

Unfortunately, Virginia Court of Appeals caselaw generally okays the foregoing liberalized exception to the hearsay rule, so long as the alleged minor victim under 13 is available to testify, even if the witness’s memory is lacking. Alvarez Saucedo v. Virginia, 71 Va.App. 31 (2019).

Is a drawing or drawing with word descriptions a statement under Virginia’s rule admitting certain out-of-court statements of minor witnesses?

This week, the Virginia Court of Appeals confirmed that a drawing made during a forensic hospital interview, or a minor-initiated letter mainly of drawings with word descriptions to his or her parent qualifies as a statement under the foregoing hearsay exception provision. Chenevert v. Virginia, ___ Va. App. ___ (April 21, 2020).

What role does the unsympathetic nature of a defendant have in applying a hearsay exception?

Certainly, the allegations against Chenevert makes him a particularly unsympathetic person, for instance in describing the alleged victim’s otherwise hearsay letter to her mother: “First, although the parties discuss the exhibits as ‘drawings,’ the ‘drawings’ contain assertions written out with words, such as: ‘Dadey makes me kiss his Boo Boo’ and ‘He makes me suck it.’ Those written words demonstrably make assertions and thus are statements within the meaning of the statute.” This is an additional roadmap to such a hearsay exception in Virginia.

Of course, the law must apply with equal force both to sympathetic and unsympathetic defendants, including in addressing hearsay exceptions. In any event, Chenevert affirms his conviction for forcible sodomy of a minor and aggravated sexual battery, under Va. Code §§ 18.2-67.1 and 18.2-67.3. I, maintaining his sentence of two mandatory life in prison plus twenty additional years in prison.