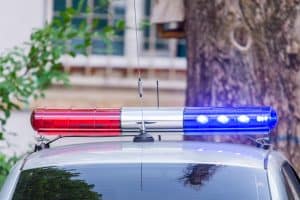 Rejecting police inquiries by remaining silent under the Fifth Amendment, vocally objecting to police searches, and refusing field sobriety testing in DUI cases, can make the difference between arrest or not, conviction or not, and a more favorable or less favorable sentence. As a Fairfax criminal lawyer, I have for years been emphasizing those and more rights of actual and potential criminal suspects, on this website and beyond, until I am blue in my face. I keep emphasizing it, because even some of my repeat clients violate my foregoing information for reasons including those in my most recent informational video on your rights with police.

The Power of No and Know With Police

Why are so many people hardwired to trust police and not be rejecting their requests?

Starting in grade school, teachers and police have told us in our classrooms and at school assemblies that police are our friend, and that we can always rely on police. In reality, police being drawn from the general population, they include good and bad police, honest and dishonest ones, racially enlightened police and racist ones, and those blind to socioeconomic status versus those who are classist. Hopefully this article and similar lawyer warnings will see more people rejecting such police requests.

Why do so many people give up their rights to remain silent and to refuse searches?

Why do so many people go against my warnings of the dangers of talking with police when an actual or potential suspect, consenting to searches, and submitting to DUI field sobriety tests? Some do not know my warnings about rejecting such requests, nor similar warnings from other lawyers. Others do not know that their vocal refusal to speak with police generally cannot be used against them at a trial. Others go against my warnings because of one or more of the following reasons: They are hardwired with the foregoing public school propaganda, are meek in the face of authority figures, ordinarily trust and are thankful for enforcement officers and the daily life-and-death risks they take for the public, fear police and the situation at hand, reveal a smaller crime (for instance possession of one or two snortfuls of cocaine) in the hope of hiding a bigger crime (for instance transporting a dead body in the car trunk), figure the police would search even without consent, are anxious to simply get along, or want to diffuse the situation,

What is the magic word to assert your right to remain silent with police, to refuse searches, and to decline field sobriety testing?

Rejecting such police requests is simple, by just saying “No.” That is no secret, but “No” has been a magically key difference for decades between an arrest or not, a prosecution or not, and a conviction or not. Doing otherwise is playing not only with fire, but often with an inferno or even a proverbial nuclear bomb. See here about simply identifying yourself to the police.

Won’t the police think I am hiding something if I am rejecting their requests?

As a Fairfax criminal lawyer, I hear the foregoing question many times about rejecting such police requests. If you are a police suspect, the police already suspect you of committing one or more crimes. Who cares whether the police think you are hiding something? What police think only matters in their decision to arrest you or not, to recommend that the prosecutor pursue criminal charges for alleged crimes A, B and/or C, and in what the police officer tells prosecutors (and the judge at any sentencing or pretrial release proceeding). Your lawyer’s job is to protect you. It is better to have to hire a lawyer to defend you against a small risk than to talk to the cops or consent to a search only to have your lawyer address a catastrophe against you.

The police hold virtually all the cards when you deal with them alone. They are so fully trained and experienced to the point that even a civil / non-criminal lawyer will not have a chance dealing with them. You can level that playing field by rejecting their requests to answer questions, to consent to searches, and to submit to field sobriety tests in DUI cases.

Once you bring a qualified Virginia or other criminal defense lawyer on board, the uneven playing field with cops and prosecutors starts reversing. How to find a qualified lawyer? Here are some tips, and if you cannot afford a lawyer, you can ask the court to appoint you a public defender or court-appointed lawyer.

Will my silence or refusal to submit to searches be used by the prosecutor to argue consciousness of guilt?

Appellate caselaw ordinarily bars the judge or jury at trial to know your vocally rejecting police questioning. The same goes with refusal to submit to police searches. Refusal to do field sobriety tests in Virginia can be considered by the judge or jury at trial, but a good Virginia DUI lawyer / criminal defense lawyer will argue that because the commonwealth’s caselaw already makes such tests voluntary, that refusal to volunteer to take such tests is certainly not an indication of guilt nor consciousness of guilt.

What are some talking points for rejecting police questioning, police searching, and DWI field sobriety tests?

Rejecting police interrogation, searches, and field sobriety tests is easier done by thinking it through in advance. My Know Your Rights video and Rights page provides you more preparation. In sum, the response to police questioning can be as easy as: “I am not answering questions” or”I am not answering questions without a lawyer.” Possible answers to a police request to search you, your car, your home or your other property, or to provide the combination to your safe or to assist a search warrant by telling the police which room is your bedroom: “I refuse all searches” and “I refuse to assist any search.”

Police sometimes reply to such rejecting activity by asking why the suspect is refusing. Police know the psychology of saying that if you have nothing to hide, you would not refuse. In fact, each time we assert our right to remain silent with police and our Fourth Amendment right to refuse searches, we are at once honoring and strengthening the United States Constitution, helping to limit how much of a police state we have, and doing a service for the people the police profile for fishing expeditions seeking evidence of criminal activity by them.

The danger of “cooperating” with police because you have nothing to hide, or because your friends or family are pressuring you to submit to police requests

Some people claim “I have nothing to hide” in not rejecting police questions and in consenting to searches. Think again. Nobody is completely innocent of violating the laws, whether because they have jaywalked or committed a more serious law violation. Nobody knows for sure whether cocaine fell out of the pocket of their recent car passenger, nor whether the driver accidentally tracked some marijuana crumbs into his or her car from a marijuana joint tossed on the ground by a careless toker.

Many people answer police questions or agree to searches because of peer pressure from their present family members or friends, or because they feel in a rush to get to their next obligation by not rejecting such law enforcement requests. Those “friends” who put such pressure on you are not real friends. That dinner date you have is not going to become a reality if  you get a arrested for what the police learn or find from you if you do not simply say no to the police.

Know the difference between declining, lying and physically resisting

This article is about vocally rejecting police questioning, consent searches and field sobriety testing. People are not permitted to lie to the police; silence is not a lie. Physical resistance to any of the above police activities is a crime.

Must I identify myself to police?