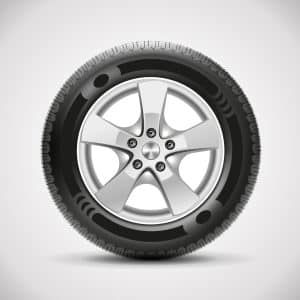 Tire chalking is not Constitutionally kosher merely because it is common

Tire chalking is a common way for police or other parking ticketers to monitor whether a vehicle has overstayed the maximum duration for a parking space. As a Fairfax criminal lawyer I know that any incursion of government employees onto one’s property might implicate the Fourth Amendment.

Taylor is not particularly important when exclusively viewed as a parking ticket case, but is very important when considering (1) the extent of people’s reasonable expectation of privacy for Fourth Amendment purposes and (2) Taylor’s emphasis on the limits of the community caretaking function.

“Under the most prevalent and widely used search analysis articulated in Katz. v. United States, 389 U.S. 347 (1967), a search occurs when a government official invades an area in which ‘a person has a constitutionally protected reasonable expectation of privacy.’ Id. at 360 (Harlan, J., concurring). Under Katz, a search is analyzed in two parts: ‘first that a person exhibit an actual (subjective) expectation of privacy and, second, that the expectation be one that society is prepared to recognize as “reasonable.”‘ Id. at 361. A ‘physical intrusion’ is not necessary for a search to occur under Katz. See id. at 360.

Taylor further states: “’Despite the low-tech nature of the [tire chalking] investigative technique . . . , the chalk marks clearly provided information to [police].’  This practice amounts to an attempt to obtain Information under [U.S. v.] Jones, [565 U.S. 400 (2012)” (finding a Fourth Amendment reasonable expectation of privacy when police attach a GPS tracking device to a motor vehicle.)

Tire marking is not justified under the community caretaking function

Taylor rejects the city’s argument that the community caretaker function justified the tire chalking: “Because the purpose of chalking is to raise revenue, and not to mitigate public hazard, the City was not acting in its ‘role as [a] community caretake.'” Taylor. To be applicable, the community caretaking function must be “totally divorced from the detection, investigation, or acquisition of evidence relating to the violation of a criminal statute.” Barrett v. Virginia, 250 Va. 243, 246, 462 S.E.2d 109, 111 (1995) (quoting Cady v. Dombrowski, 413 U.S. 433 (1973)).

Fairfax criminal lawyer Jonathan L. Katz pursues your best defense against criminal prosecutions, using all available relevant Constitutional, statutory and evidentiary arguments. To discuss your case in confidence with Jon Katz, please call his staff at 703-383-1100 to schedule an appointment.