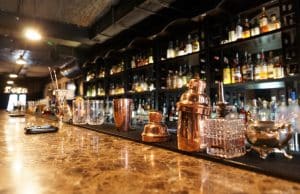 Refusal convictions are what such a high number of Virginia DUI defendants want to avoid that many are ready to plead guilty or no contest/nolo contendere  to the parallel DUI charge in a deal to consequently enter as nolle prosequi/ not prosecuting the remaining charge of refusing to provide a breath or blood sample to check for alcohol content. As a Virginia DUI attorney, I know the importance of looking before leaping into this and any other guilty plea.

I recently won a Virginia DUI trial that was accompanied by a refusal count. My client allegedly made a moving violation late at night, and the police officer was on my client’s car like a dog to red meat. My client told the police officer that he had recently consumed a significant quantify of alcohol, had some orthopedic issues, but could walk. My client showed some wobbliness with the field sobriety tests.

Fairfax criminal lawyer on the benefits of video

As a Fairfax criminal lawyer, I know that if a picture is worth a thousand words, video footage can be worth a lot more. Although the video on my road to victory, it also showed some wobbly episodes, that was consistent with his orthopedic issues, I argued.

Praised be the reasonable doubt standard that enabled a not guilty verdict for my client’s DUI count. We do not know whether we will win at trial until we go to trial.