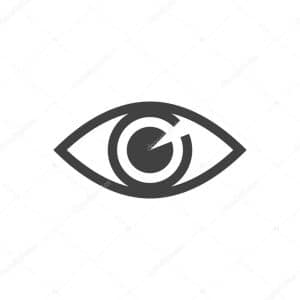 HGN testing — meaning horizontal gaze nystagmus testing — in Virginia DUI cases is one of the three field sobriety tests (the others being the walk and turn (WAT) test and one leg stand (OLS) test) covered in the student field sobriety testing (SFST) manual presented by the National Highway Transportation Safety Administration (NHTSA). As a Virginia DUI lawyer, I have repeatedly warned of the risks of submitting to such tests, even though state caselaw permits the jury and judge to make adverse conclusions about that refusal.

In 2017, I blogged about the absence of published Virginia appellate caselaw addressing the admissibility of HGN testing in DUI trials. My recent updated Westlaw search — together with my regular review of Virginia appellate opinions — confirms the same to date.

Even though other states have published appellate caselaw okaying HGN testimony under certain circumstances (but nystagmus means nothing more than presence — versus quantity — of alcohol in the bloodstream), Virginia lacks any such published appellate caselaw beyond the passing dicta in Henshaw v. Virginia a, 3 Va.App. 213 (1986), which dicta itself confirms that HGN testing is “subject to criticism on the basis that its administration in the field may yield imprecise results and may be clouded by physiological processes other than intoxication.”

My caselaw search also finds the below two referenced 2015 written opinions by Fairfax County Circuit Court Judge John M. Tran which do nothing to lend any relevance to HGN testing beyond showing a connection between nystagmus and presence of alcohol on one’s bloodstream, which essentially is redundant evidence once the investigating police officer in a Virginia DUI case detects the odor of alcohol on the suspect’s breath.

Consequently, HGN testing should be inadmissible due to the absence of published Virginia appellate caselaw permitting such testimony. When HGN evidence is admitted in a Virginia DUI trial, it should not be allowed to mean anything more for the prosecutor than the presence of alcohol in the defendant’s bloodstream.