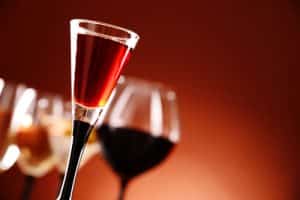 PBT (preliminary breath test) testing is commonly requested by Virginia police before making a final determination whether to arrest a DUI suspect. As a Virginia DUI lawyer, I have on numerous occasions kept out PBT test results from judicial consideration and then convinced the trial judge to suppress the arrest of my client.

Lest his opinion be used to criminal/ DWI defense lawyers’ disadvantage, I state here why I think other judges should not treat as persuasive a 2015 non-binding written opinion (only found through Westlaw and other online subscription services) by Fairfax County, Virginia, Circuit Court Judge John M. Tran. The case is Commonwealth of Virginia v. Stewart, 91 Va. Cir. 164, No. MI-2015-920 (Fairfax County Circuit Court, Sept. 16, 2015). Westlaw shows one published court case (from the Western District of Virginia) referencing Stewart, making it all the more important for a criminal defense perspective to be considered about Stewart.

After I blogged in mid-2018 why PBT results must not be considered when Virginia’s PBT statute is not followed by police, I learned about the non-binding Stewart opinion. Because I do not have a publicly-obtained version of the opinion (I obtained it from Westlaw), I do not reprint it here. Somehow, Stewart is not among the online Fairfax Circuit Court opinion letters, perhaps because it is instead styled as a memorandum opinion.

Stewart was stopped by police for allegedly speeding and weaving within her lane. Absent her PBT result, the trial judge would not have found probable cause to arrest her for DWI. In contravention of the preliminary breath test statute’s requirement to advise a DWI suspect of the right to refuse the preliminary breath test, the police officer proceeded to administer the test without telling her of this right to refuse the test.

In refusing to disregard the PBT result in determining probable cause to arrest Stewart, Stewart says: “absent a constitutional violation, the remedy for a statutory violation must be enumerated by statute and not by judicial decree. No remedy exists for a standalone violation of § 18.2-267.”

I disagree that the Virginia law mandates that a statutory violation may only be remedied if the remedy is enumerated by statute. Stewart quotes the dicta from a Court of Appeals concurring opinion (unfortunately later favorably quoted in some Virginia Court of Appeals published opinions) :  “[H]istorically, searches or seizures made contrary to provisions contained in Virginia statutes provide no right of suppression unless the statute supplies that right.” Brown v. Virginia, 8 Va.App. 41, 43 (1980) (Baker, J., concurring). However, excluding PBT results from a suppression hearing is not about suppressing that evidence, where suppression ordinarily involves the evidence that will be heard at trial and not at a hearing about suppressing an arrest.

Additionally, Virginia’s PBT statute infers a remedy for police failure to advise of the right to refuse a PBT test by saying that the police officer in a DWI case shall “advise the person of his rights under the provisions of this section.” This is a matter of keeping out the preliminary breath test result out of consideration at a suppression hearing, and not about whether to let in the PBT result at trial, seeing that the PBT statute bars PBT results and PBT refusal from coming into evidence.

Consequently, Virginia trial judges should not consider PBT test results when the police officer did not advise the suspect of his or her right to refuse the test

Posted in DWI / DUI and tagged PBT, preliminary breath test, remedies
← Breasts must not be criminalized says Fairfax sex lawyerProsecutors are my opposition – Fairfax criminal lawyer on their campaigns →