Prosecutors are my opposition – Fairfax criminal lawyer on their campaigns 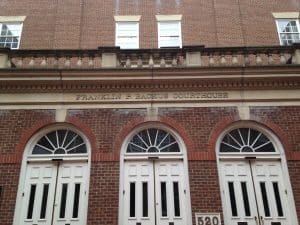 Prosecutors are my opposition – Fairfax criminal lawyer on their campaigns

Prosecutors are my opposition. My criminal defense clients are whom I serve.

Prosecutors heading Virginia county commonwealth’s attorneys’ offices run for periodic re-election. As a Fairfax criminal lawyer, I do not know of any chief Northern Virginia prosecutor who does not substantially go against my clients’ interests, and I am not going to disserve my clients nor my civil liberties agenda by supporting their re-election efforts.

Yesterday, I learned that numerous Northern Virginia criminal defense lawyers whom I otherwise regard well are among several dozen who signed an endorsement letter glowingly backing the re-election bid of chief Arlington County prosecutor Theo Stamos. Leading off with saying they “wholeheartedly endorse” Ms. Stamos for re-election, the endorsement letter proceeds to heap such plaudits as “Theo has a record of accomplishments that the legal community … can be proud of.” The signers continue: “Theo stands out as a reform-minded prosecutor who has achieved impressive results.” I disagree with these colleagues’ support of her re-election bid, and provide the below examples of why she does not convince me to deviate from my practice of not supporting prosecutors’ re-election efforts:

Ms. Stamos does not to me look like much of a reformer, particularly not when compared to trailblazing Philadelphia chief prosecutor Larry Krassner. A good place to start at reform approaches of prosecutors, and lack thereof, is with some of the most commonly-charged alleged crimes — which by definition affect the greatest number of criminal defendants — including the following. Although Ms. Stamos says she believes in legalizing marijuana, Arlington County for me has been among the less hospitable jurisdictions to negotiate a marijuana possession charge to a result better than a 251 or paraphernalia. Arlington has also for me been among the less hospitable jurisdictions for negotiating DUI cases to a reckless driving for a low blood alcohol content test result, or eliminating all active jail when amending a DWI charge of 0.15 or higher to a 0.14 BAC or less. Similarly, Arlington public intoxication prosecutions usually at best get a negotiation offer of a suspended imposition of sentence in the Circuit Court, rather than a dismissal for community service.

If Ms. Stamos wishes to help criminal defendants, it would be great if her office would more often be willing to waive a jury trial when the defendant so elects, seeing that a conviction by a jury leads to a sentencing trial before a jury that can be more unpredictable than a judge for sentencing and is not permitted to know the advisory sentencing guidelines applicable to the case.

Prosecutors also help defendants by being spare in seeking pretrial detention without bond, not assuming the guilt of defendants (who are presumed innocent by law unless proven guilty beyond a reasonable doubt), by hearing the defense side of the story before deciding whether to proceed with prosecuting (and on which counts) and how to proceed with negotiations, and by recognizing that, being human, there are police who will prevaricate or otherwise play fast and loose with the truth. I do give credit to prosecutors who do listen to what defense lawyers have to say.

Prosecutors in Virginia are in a death penalty state

Let us not forget that Virginia has a history as a nationwide leader in capital punishment, and Ms. Stamos will not come out for abolishing the death penalty. Instead, she says “there are those rare cases where I think it has to be considered.” I am not about to support the election of a prosecutor who does not advocate the abolition of the death penalty.

Prosecutors prosecute, and I defend criminal defendants tooth and nail

In the end, criminal defense practice in Virginia is an adversarial process. That does not preclude opposing lawyers from being civil with each other and working to find overlapping goals. At the same time, Virginia’s criminal justice system is a harsh one. I belong doing the work I am doing, and not working for the re-election of prosecutors whose work substantially goes against my clients’ interests.