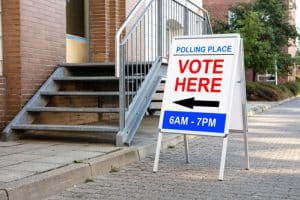 Prosecutor elections in Virginia may not be seen by enough voters to be as serious as they are. As a Fairfax criminal lawyer, I know that awesome powers rest in commonwealth’s attorneys to decide whether to prosecute or not, agreeing to bond or not, seeking capital punishment or not, proceed with negotiations and discovery, whether to agree to a bench trial rather than jury trial, and how to proceed with sentencing.

Now, five decades-long Prince William County chief prosecutor Paul Ebert has announced he will not seek re-election, and sixteen years-long Loudoun County commonwealth’s attorney James Plowman has been selected by the state legislature to be a Circuit Court judge.

I anticipate that the candidates seeking to replace Prince William County commonwealth’s attorney Ebert will include one or more of his current or recent prosecutors. I figure the same will be the case in the Loudoun County election.

New prosecutors elected from outside the realm of the outgoing prosecutor’s staff attorneys does not guarantee a better or more just prosecuting system, of course. Nonetheless, we need major reform in every commonwealth’s attorneys’ office that I deal with, in all terms outlined in my opening paragraph (and Paul Ebert has been particularly active in pursuing death sentences).

An example of a reforming prosecutor comes from up the road in Philadelphia, where Larry Krasner apparently still seeks to reduce racial disparities in the way criminal defendants are treated and to create a more humane juvenile criminal justice system.

In mid-2018, New Republic reported that “cities such as Albuquerque, Denver, Houston, Jacksonville, and Tampa have all elected prosecutors interested in changing the system from within.” George Soros has contributed to many of them, but apparently not yet to incumbent challengers in Northern Virginia.

Prosecutors are supposed to be here to do justice, rather than to seek conviction notches on their belts. This means that they need to consider the defendant’s side of the story rather than only the cop’s. Prosecutors must understand that, coming from the general population, not all cops tell the truth all the time.

The end of seeking a conviction never justifies the means of trampling on the Constitution in the process. More just prosecution approaches do not sacrifice law enforcement, and actually foster more wide-ranging respect for the criminal justice system.