Leniency offers by police – Fairfax drug cautions about such overtures 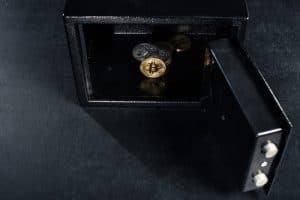 Leniency offers by police – Fairfax drug cautions about such overtures

Leniency offers by cops abound in their efforts to convince criminal defendants to waive their Fifth Amendment right to remain silent. As a Fairfax criminal lawyer, I know that criminal defendants and criminal suspects should not communicate with police about their case without the presence their lawyer.

I also know that Charles Schultz’s Lucy van Pelt character from Peanuts is a good example enough of why criminal suspects should never let their guard down with the police, even when they offer leniency.

Although a fictitious character, Lucy van Pelt accurately portrays the countless people who promise the world in exchange for giving the promiser leniency or his or her way otherwise , and then get spun. In Lucy’s case, she got such a kick out of passively aggressively pulling the football away after convincing Charlie Brown that she would not do so, that she repeated such sadistic behavior each fall.

Leniency offers are only enforceable against prosecutors and not police

Only a few miles from me,  in 2015, a Herndon, Virginia, police officer made overtures of possible leniency against  James Wesley Amonett, Jr., that “if he cooperated further he would possibly be able to go home that night without being arrested or charged.” Amonett v. Virginia (Feb. 19, 2019). Whoop de doo (not). While the police did in fact at that let Amonett go only after he spilled the beans, and waived his Fourth Amendment right against having his mini safe and home searched, the police later brought charges against him anyway, for possession with intent to distribute marijuana, blunting any benefits from Amonett’s having incriminated himself to the cops.

When Amonett complained on appeal about Amonett’s jury’s not being instructed to decide whether to disregard his admissions to the police based on the police leniency promise about possible non-arrest or non-prosecution, the Virginia Court of Appeals confirmed that even a prevarication by police to elicit a suspect’s admission, does not automatically bar the admission from coming into evidence. Amonett.

Let leniency be negotiated between the criminal defense lawyer and prosecutor, not between a police officer and unrepresented defendant

Consequently, as a Virginia criminal attorney, I know that any negotiations for possible leniency for the defendant need to be negotiated between the defendant’s lawyer and the prosecutor, and not between a police officer and unrepresented criminal defendant.

It may be tempting for criminal suspects and criminal defendants to deviate from the foregoing paragraph. However, doing so can have devastatingly longterm adverse consequences.