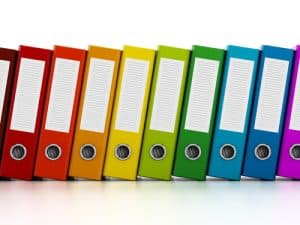 Criminal discovery reform in Virginia will wait until 2020

Criminal discovery reform in Virginia finally achieved a breakthrough in 2018, when the commonwealth’s Supreme Court directed a mid-2019 substantial discovery expansion for felony criminal defendants. This Virginia discovery reform needs to be seen as but a first step, seeing that it does not cover misdemeanor cases.

This Virginia criminal discovery expansion was to have taken effect on July 1, 2019, until the state Supreme Court this week delayed that start date by a year.

Criminal discovery reform must not wait beyond 2020 to take effect

“The Court engaged in thorough consideration and in depth discussion concerning the proposed changes… [S]uch fundamental and sweeping changes in the system, especially in light of the strong public comments opposing them, seem unwise at this time.”

Now, over three years later, Chief Justice Lemons wrote on January 29, 2019 that “Reform of criminal discovery rules is long overdue,” but proceeds to state that the effectuation of Virginia criminal felony discovery reform will be delayed until mid-2020 as prosecutors deal with additional disclosure responsibilities involving body worn police camera evidence. I assume that Chief Justice Lemons actually was referring to the expansion of police dashcam and body worn camera recording, which evidence ordinarily must be disclosed as Brady/exculpatory evidence.

Praised be Virginia criminal defense lawyer Douglas Ramseur for his tireless years-long efforts to make criminal discovery expansion a reality.  According to the Washington Post, Ramseur observed that “there’s no evidence that forcing prosecutors to be more open will cost anything.” I add that prosecutors must think in terms of satisfying their discovery/ evidence disclosure obligations, and not in terms of budgetary and staff limits.

Until Virginia’s new discovery rules take effect both for felony and misdemeanor cases, Virginia will remain in the dark ages

For years I have been griping about Virginia’s discovery rules that involve thin discovery for misdemeanor defendants and only somewhat less thin discovery disclosure for felony defendants. As Chief Justice Lemons says, “Reform of criminal discovery rules is long overdue,” yet the state supreme court on January 29, 2019, added one additional year to that overdue status.

Virginia criminal attorney Jonathan L. Katz is a felony/misdemeanor/DUI/drug attorney devoting nearly 100 percent of his law practice to winning criminal defense. To discuss your case with Jon Katz, please call his staff at 703-383-1100, to schedule a confidential appointment.