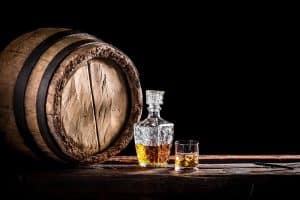 Public intoxication defense according to a Fairfax criminal lawyer

Public intoxication arrests run rampant in Virginia. As a Fairfax criminal lawyer, I remember first witnessing a public intoxication (also known as drunk in public / DIP ) investigation and arrest when two courthouse sheriff’s deputies called out for the suspect to “blow, blow, blow” into the preliminary breath test machine. One of the deputies looked at the PBT result, handcuffed the suspect, and led him away.

“If any person profanely curses or swears or is intoxicated in public, whether such intoxication results from alcohol, narcotic drug or other intoxicant or drug of whatever nature, he shall be deemed guilty of a Class 4 misdemeanor. In any area in which there is located a court-approved detoxification center a law-enforcement officer may authorize the transportation, by police or otherwise, of public inebriates to such detoxification center in lieu of arrest; however, no person shall be involuntarily detained in such center.” Va. Code § 18.2-388.

We see, then, that the Commonwealths’ intoxicated in public law covers not only public intoxication, but also profane cursing or swearing. If the charging document against a defendant does not distinguish whether public intoxication or profanity is being charged, the criminal defense lawyer should consider filing a bill of particulars motion seeking to clarify the issue.

The Virginia appellate courts have apparently not yet entertained a First Amendment challenge against the profane cursing or swearing part of the public intoxication statute. Nevertheless, the profanity part of the statute is patently unconstitutional under the First Amendment. Cohen v. California, 403 U.S. 15 (1971)  (reversing a conviction under a similarly-worded anti-profanity statute, for wearing in the courthouse a jacket proclaiming “Fuck the Draft”). Consequently, Virginia’s legislature should strike the profanity section from this statute, so as to reduce the number of unconstitutional arrests and prosecutions initiated and even convicted under this profanity section.

Public intoxication charges can even be pursued for alleged public intoxication in bars, ironically, because under Virginia caselaw, a public place under this statute is one observable to the public. Crislip v. Virginia, 37 Va.App. 66, 554 S.E.2d 96 (2001).

Because public intoxication is not jailable, perhaps a limited number of defendants bother to hire a lawyer, even though a conviction under the statute can have adverse consequences for purposes of sentencing in future cases, possible probation revocation, reputation, employment, security clearance, and immigration status (if accumulated with other alcohol convictions). Moreover, because of the profanity section of the statute, people might mistakenly think that a person who pleads or gets found guilty for public intoxication was actually convicted of profane cursing or swearing, particularly when considering that the statute leads off with the profanity rather than intoxication language.

You must remember this, a DIP’s not “just a DIP,” says Virginia criminal lawyer

One day when I was filing my appearance in a Virginia public intoxication case, one of my otherwise favorite court counter clerks looked at me quizzically and asked: “Don’t you know this is [just] a DIP case?” No, it is not “just a DIP” case. It is a criminal charge that merits fighting.

The police must love the public intoxication law as an opportunity to conduct a search incident to arrest, to see if they can find some contraband to prosecute.

Police often conduct such cursory investigations of public intoxication cases that the cursory investigations should ideally lead to judges acquitting many of such cases. Of course, ideals are not always met in court. As much as field sobriety tests are junk science, when police omit field sobriety testing in DIP cases, their cases are all the more weaker. I have never seen a public intoxication case where any machine or blood test was used to check the suspect’s breath or blood alcohol level other than the handheld preliminary breath test machine, which should not be admissible at a public intoxication trial, just as PBT results are too unreliable to be admissible at a DWI trial. Va. Code § 18.2-267(C).

With public intoxication not being a jailable offense, Fourth Amendment challenges can be raised to seek the dismissal of DIP cases where the police have detained the defendant beyond the initial arrest and processing allowed by Atwater v. Lago Vista, 532 U.S. 318 (2001). Virginia law enforcement goes an extra harsh step by routinely having DIP arrestees detained for several hours until they appear to have sobered up.

Don’t our police and jail authorities have more important things to do with limited government budgets than to have police troll for DIP suspects and to have jail space fill with public intoxication suspects? The widespread police practice in Virginia of arresting and holding DIP suspects in jail for hours contributes to my low opinion of the current criminal justice system.