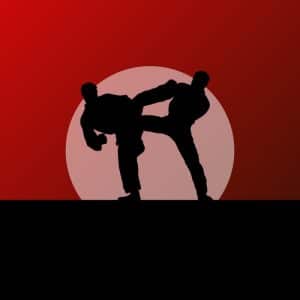 Courtroom battling is a challenge of the magnitude of gladiator fights where the opponents’ maces might start swinging at the criminal defense lawyers’ skull before the judge even takes the bench. As a Virginia criminal lawyer, I love the Gladiator film’s Russell Crowe character Maximus for embodying the winning fearlessness of the fighter who always keeps his winning wits about him and never gets angry.

Fairfax criminal attorney on the glee of courtroom battling

I grew up fighting, whether it was a schoolyard fight (only a handful, thankfully), wrestling, boxing, martial arts, verbal sparring and verbal warfare, and standing up to teachers making false accusations. Fighting was a part of my make-up before I ever stepped foot in law school. This is the life I know, making me fully comfortable and gleeful in the courtroom.

My taekwondo instructor Master Lee one day summed up for me how much I love fighting when he told of a Korean karate master so devoted to his martial art that in the dead of snowy winter he could be found delightedly doing punching practice on a tree (poor tree).

Recently, a criminal defense colleague mentioned that two of the least liked (by criminal defense lawyers) prosecutors were in the courtroom that morning. I responded “The dynamic duo,” to which the other lawyer described them as the “Terrible twos.” I pointed out that we can feel even more accomplishment when winning against rabid opponents than the more reasonable and watered down ones.

As I know from taijiquan — and from The Godfather — the winning path involves not only keeping our opponents within eyeshot and earshot, but also keeping them within arms length and then sticking to them. Once I stick to an opponent, I hear them more than ever — including their planned next moves — and the opponent has trouble getting unstuck, and it now is time for the proverbial kill.

When a criminal defense lawyer enters the courtroom battleground, the existing law of the jungle means that even the best of us will sometimes get off balance and even fall. When we get off balance, we must relax and sink into the situation in order toto return us to the strength of our making the next powerful push. When we fall, we should remain aware of our surroundings, because gold can be found in many places, including that very ground.

When clients remark at how calm I remain with the challenges and potential stress of criminal defense, I respond that this is where I belong, right here fighting for their liberty, lives, reputation, security clearances and other collateral interests.

This is the second of a two-part article. The first part is here.

Virginia criminal lawyer Jonathan L. Katz takes to the courtroom like a fish in the water, having grown up fighting. To discuss your case with Jon, please call his staff at 703-383-1100 for a confidential consultation.