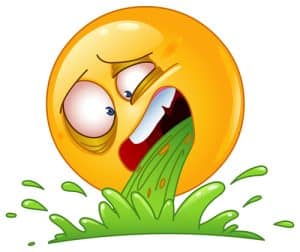 Winning power can result when a criminal defense lawyer sheds anger, nausea and disgust over any misdeeds by a prosecutor, police officer or judge, and instead stays focused on reaching intelligence mines and opponents’ lairs that will help win for the defense. For me as a Fairfax criminal lawyer, this reality is a counterpoint to the discomfort I would sometimes feel in the pit of my stomach over all the injustices being done in the courthouse during my start as a criminal defense lawyer, which quickly turned to glee over all of the justice I could obtain in those same courtrooms.

Criminal defense is not for the faint of heart. Despite the existing decent prosecutors, police officers and judges, lurking around the corner are plenty who give little to no damn about letting the Bill of Rights and established fairness rules and laws to apply to criminal defendants. Even more psychologically challenging are the prosecutors, cops and judges who previously seemed to be decent but on a particular day seem to have had their minds hijacked by coldhearted aliens.

Some lawyers state they could not do criminal defense, but this is the ultimate rush

Some great civil trial lawyers have told me point blank that they could not fathom handling the high stakes of doing criminal defense work, with so much at risk for the accused’s’ lives and liberty. I eat it up, and know that criminal defense provides me the tools of the right to remain silent with police and in court, suppression of unlawfully seized evidence, speedy trial rights, and the right to acquittal if not found guilty beyond a reasonable doubt. I relish this work in a way imperfectly akin to the emergency room intern physician who told me that instead of cringing from all the bullet-riddled patients he sees on a given night in a tough neighborhood, he loves the exciting challenge of stopping his patients’ bleeding and saving their lives.

The disadvantage that angry political demonstrators have in pursuing their agendas is that their anger can obscure for them the intelligence sources and persuasion power that can result by their actually engaging in conversation and presence with those they oppose, powerfully sticking to them, and penetrating (lawfully) the walls inside which their opponents operate. Double intelligence agents probably know this more than anyone else.

Criminal defense can involve dirt-throwing prosecutors, proverbial projectile vomiting from some opposing witnesses, and diarrhea avalanches from court proceedings. While all of those challenges call for efforts to stem them, the gold is present to be panned no matter where a criminal defense lawyer ventures.

Fairfax criminal defense lawyer Jonathan L. Katz loves the battle involved in fighting for victory for his clients. To discuss your case with Jon, please call his staff at 703-383-1100 to schedule a confidential consultation.

Posted in Criminal Defense and tagged Fairfax criminal lawyer, fight for justice, persuasion
← Lucidity Arguments get a DUI Arrest Suppressed – Fairfax DWI LawyerCourtroom Battling with the Glee of a Martial Artist in the Snow →