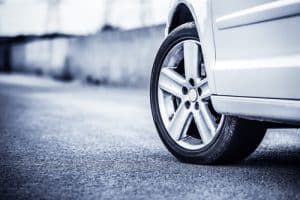 Lucidity arguments are particularly important for DUI defendants when their physical coordination is wobbly. As a Fairfax criminal lawyer, I have experienced the benefits of such arguments, including in a recent DWI trial victory.

In my recent Virginia DUI trial victory, the police officer stopped my client for allegedly failing to maintain his lane. At the officer’s request, my client got out of the car and started performing field sobriety tests. (I caution my clients against taking field sobriety tests even though such refusal can be used against the defendant; and I warn against talking with the police when a suspect, and against doing the voluntary preliminary breath test (“PBT”) (as opposed to the mandatory breath test involved after a DUI arrest based on probable cause.)

The officer claimed he smelled alcohol on my client. My client was wobbly for a good portion of the walk and turn test and did not remain standing long on the one leg stand. He submitted to a preliminary breath test.

As a Fairfax DUI attorney, I know the importance of arguing by owning the facts and defanging the prosecutor’s case as much as possible. Subsequently, I kept out testimony of my client’s preliminary breath test score when the police officer could not remember the model of the PBT machine that he used with my client. In arguing to suppress the arrest for my client (the judge already had ruled that the stop of my client’s car was valid), I pointed out that my client was lucid, but that his bodily actions (for instance wobbliness on the walk and turn test) were consistent with the exhaustion that most people would have been experiencing at that time of the morning, 1:00 a.m.

I further underlined that my client stood and moved fine on the incident video when not doing the walk and turn test and one leg stand. He spoke clearly. My client counted aloud clearly and correctly, as instructed for the one leg stand. I argued that under the totality of the circumstances test mandated by Maryland v. Pringle, 540 U.S. 366 (2003), there was no probable cause to arrest m client.

The judge agreed with me that there was no probable cause to arrest my client, and acquitted him. Justice was done.

Fairfax DUI lawyer Jonathan L. Katz has successfully defended hundreds of DUI/DWI defendant since 1991. To discuss your criminal (felony or misdemeanor) or DUI case with Jon, please call his staff at 703-383-1100 to schedule a confidential consultation.