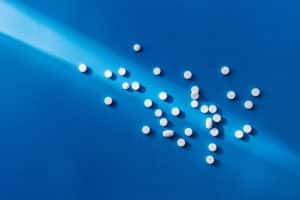 Opioids are already known to be very risky to one’s health. As a Fairfax criminal lawyer, I know that people risk a DUI under the influence of drugs prosecution for driving after ingesting dangerous drugs or mixing medications in dangerous combinations. Such a dangerous combination includes taking methadone and Xanax too close in time together, as further discussed below.

This week, the Virginia Supreme Court affirmed a conviction for DUI / driving under the influence of drugs under  Va. Code § 18.2-266(iii), and aggravated involuntary manslaughter under Va. Code § 18.2-36.1, where the defendant in a car accident admitted to having recently consumed methadone at a treatment center, and where the analysis of his blood draw at the hospital revealed the presence of methadone, Xanax (a brand name for alprazolam) and diazepam (commonly sold under the brand name Valium). Lambert v. Virginia, ___ Va. ___ (April 9, 2020).  Lambert’s prosecutor’s forensic toxicology expert testified that Lambert’s blood had significant levels of methadone — one of the opioids — and Xanax. The prosecutor’s toxicology expert testified that the two levels of those two drugs had “depressant effects that could be ‘additive’ and ‘very dangerous’ in combination, causing drowsiness, dizziness, lethargy, slowed hand-eye  coordination, slurred speech and altered balance.”

Lambert found the evidence against him to have been sufficient to convict him at his jury trial, and found that the drug self administration element of Virginia’s DUI drugs statute, Va. Code § 18.2-266(iii), was met with Lambert having first denied ingesting any drugs (including opioids), but then admitting — before having a search warrant executed for a blood draw from him — that he had recently come from a methadone treatment center, and with the jury being entitled to conclude that Lambert had originally lied about ingesting drugs out of a consciousness of guilt and a desire to conceal such drug ingestion.

Methadone — among the opioids — and Xanax do not mix

Methadone is one of the synthetic opioids, legally prescribed for replacing heroin cravings and addiction, but is itself addictive, and when mixed with Xanax can impair one’s driving all the more. Xanax is the brand name for alprazolam, and is a benzodiazepine. Alprazolam is used to treat anxiety and panic. It is a Virginia Schedule IV drug. Va. Code § 54.1-3452. The Virginia statutory criteria for scheduling a drug in Schedule IV are that the “substance has a low potential for abuse relative to substances in Schedule III;” the “substance has currently accepted medical use in treatment in the United States;” and abuse “of the substance may lead to limited physical dependence or psychological dependence relative to the substances in Schedule III.” Va. Code § 54.1-3451. Possessing Xanax or any other Virginia Schedule IV drug is a Class 2 misdemeanor, jailable up to six months. Va. Code § 18.2-250.

Lambert confirms that it does not undercut the prosecutor’s burden — to obtain a DWI drugs / opioids conviction Va. Code § 18.2-266(iii) — to prove beyond a reasonable doubt that the defendant self administered the drug(s). The Virginia Supreme Court confirmed this burden in 2007 in reversing John Allen Jackson’s DUI drugs conviction, where it was undisputed that the drugs in his bloodstream near the time of his one-car accident came not from Jackson’s self administration, but from a hospital physician’s responding to Jackson’s visit for pain, by ordering him to receive dilaudid and phenergan. Jackson v. Virginia, 274 Va. 630 (2007). With both Jackson’s medications being available for oral consumption, this means that self-administration is not automatically proven by the driver’s putting the pills into his or her mouth, at least as long as a physician has ordered the pills’ ingestion. Lambert, on the other hand, first denied taking any drugs, said he obtained his methadone — one of the opioids — at a clinic (Lambert accepts that such clinical drug use is voluntary and self-administered), and also ingested Xanax, without a showing that the Xanax was prescribed by a physician and taken at a physician’s direction.

Fairfax criminal lawyer Jonathan L. Katz is top-rated by AVVO & Martindale-Hubbell, and pursues your best defense against felony, misdemeanor, DUI and drug prosecutions. Call 703-383-1100 for a free consultation with Jon Katz about your court-pending criminal case.