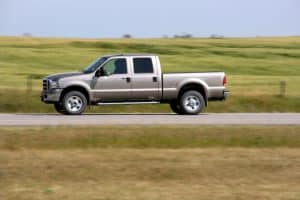 Cops may stop a car whose owner’s license is revoked, even without needing to check who is driving, says Fairfax criminal defense lawyer

Cops have extraordinary power in our overly-policed state, that stands in sharp contract to the ideal of our living in a free society in the United States. Instead, as a Fairfax criminal lawyer, I know that have too much of a police state, and this week the U.S. Supreme Court made this more so by reversing the Kansas Supreme Court’s invalidation of a police traffic stop that relied on nothing more than that the owner of the vehicle had a revoked license, without having any pre-stop idea whether the owner was the driver.Kansas v. Glover, ___ U.S. ___ (April 6, 2020).

Why does the Supreme Court allow Fairfax police and all law enforcement officers to stop criminal suspects on less than probable cause?

As a Fairfax criminal lawyer, I know that the United States Supreme Court created a police- and prosecutor-friendly and civil liberties-unfriendly situation when confirming in 1968 that police may briefly stop and even frisk criminal suspects based on nothing more than reasonable articulable suspicion of relevant criminal activity. Terry v. Ohio, 392 U.S. 1 (1968). Reasonable suspicion is more than a hunch and less than probable cause. Probable cause (the threshold that cops must meet to arrest a suspect) is less than preponderance of the evidence / more likely than not (which is a common standard of or proof in civil trials), which is less the proof beyond a reasonable doubt that is needed to convict for a criminal prosecution.

Why are cops permitted to rely on anonymous tips of suspected DUI?

In 2014, the Supreme Court okayed a police stop based on an anonymous 911 civilian call suspecting DUI  where the defendant had almost run the caller off the road. With nothing more than that to the cops’ favor, the Supreme Court ruled that to be a valid reasonable articulable suspicion-based police stop. Prado-Navarette v. California, 572 U.S. 393 (2014). Prado-Navarette in my view does not automatically permit a police stop on an anonymous civilian tip of suspect driving behavior less egregious than almost running a driver off the road.

Why can cops stop a car merely because its owner has a revoked license, but cannot stop anyone on a mere hunch?

With partial reliance on Terry and Prado-Navarette, this week’s Supreme Court, 6-3 Glover decision holds that reasonable articulable suspicion can be sufficient for a traffic stop, when police data show that the vehicle is owned by a license-revoked driver, unless the stopping law enforcement officer recognizes pre-stop that the driver’s appearance reveals him or her not to be the vehicle’s owner. Glover, therefore, rewards police for being willfully blind to the physical appearance of the driver of a vehicle whose owner’s driving license is revoked, and leaves cops exposed to suppression of such a vehicle stop where the police officer did first take a look at the driver, recognized that the driver did not necessarily match the photograph from the motor vehicle department of the revoked driver, but stopped the vehicle nonetheless.

Is suspicion of revoked driving versus suspended driving a sufficient bright line justification for police to stop a vehicle, when the driver may not even be the owner?

The Glover majority opinion, authored by Justice Clarence Thomas — who rarely asks questions at oral argument to help him decide where to side on a case — places too much emphasis on the surmised lawless character of a driving-revoked driver, to provide a public safety justification to cops for not having to look at the driver’s appearance compared to the owner’s picture from the motor vehicle department, before pulling the car over.

Concurring Justice Elena Kagan — joined by Justice Ruth Bader Ginsburg — makes an excellent point that the Glover majority opinion does not automatically permit stops by cops for facts less police-favorable than the following: The traffic stop of Glover’s vehicle was by a (1) police officer (2) on routine patrol seeing a vehicle (3) whose license plate matched a car registration matching the vehicle (4) whose owner had a revoked driver’s license; (5) the police owner assumed the license-revoked registered owner was also the driver and (6) did not witness any moving violations nor attempt to identify the driver before stopping him.

Justice Kagan’s concurring opinion supports that, consequently, driving suspended (for instance for not timely addressing a speeding ticket) versus revoked driving may not have justified the police stop of Glover. Moreover, in states that revoke drivers’ licenses for such non-driving-related behavior as missing court-ordered child support payments does not justify a stop by cops of the suspect vehicle without an attempt to match the driver’s physical appearance to the motor vehicle department or other relevant government photographic databanks.

Is Glover the end of the Fourth Amendment right against unreasonable police search and seizure?

Glover fortunately is not the end of the Fourth Amendment, but instead adds another wound to the Fourth Amendment that follows in the footsteps of the amendment’s beatings suffered with Terry, supre, during the Reagan-era drug war and beyond, and with Prado-Navarette. With stare decisis principles and the Supreme Court’s limited number of annual cases that it decides, Glover is likely to remain the law of the land for many years to come, at the disposal of cops.

The Supreme Court is a rarefied and cerebral place, with most justices having substantial assets far exceeding their annual income, which pales in comparison to what they would earn at a large corporate law firm. The current Supreme Court conservative majority will continue issuing opinions friendly to cops.  Other than Glover’s dissenting Justice Sonya Sotomayor — who lost an alcohol-abusing father at a young age, lived for a time as a child in a housing project, and has experience as a prosecutor (with no current justice having criminal defense experience) — the remaining justices seem to have no criminal court experience. Curiously, both the Glover majority opinion writer (Justice Thomas) and dissenter (Justice Sotomayor) lived in very limited financial circumstances in parts their early childhoods, while both excelled academically and in their careers.

Justice Sotomayor’s Glover dissent speaks much sense, with such points as the after-the-fact nature of cops learning that vehicle owner Glover was in fact the driver, and that the stop of Glover “is based merely on a guess or a ‘hunch’  about the driver’s identity.”

Unfortunately, emboldened by Glover, cops more often are going to stop vehicles operated by innocent drivers, but in cars owned by people with revoked drivers’ licenses. Those who are the primary driver of a vehicle are benefited by getting the vehicle registered in the usual driver’s own name.