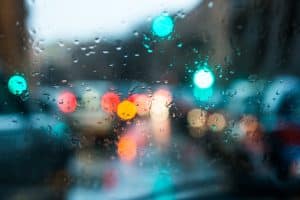 Hunches are insufficient for a police stop of a suspect, says Fairfax DUI defense attorney

Hunches by themselves do not permit police stops of suspects. As a Fairfax DUI lawyer, I know that at minimum, the police officer needs reasonable articulable suspicion to stop a suspect. Moreover, Virginia has not yet recognized a community caretaker basis for police to stop vehicles or people to assure the person’s welfare.

Recently I won a DUI trial where the police officer claimed that my client’s vehicle was traveling 20-25 miles per hour on the Capital Beltway (where the speed limit is 55 miles per hour), causing other vehicles to have to maneuver around him, and that my client’s vehicle was weaving within his lane and that his front right tire at one point crossed the white line by a foot. Hunches are insufficient for stopping a vehicle.

Our trial proceeded with the prosecutor’s playing the incident video early in the police officer’s testimony, right through the point that the police officer stopped my client. The video showed that it was raining, and the officer’s windshield wipers were engaged the entire time, and that the stop was not based on anything better than hunches.

On cross examination, I obtained the police officer’s confirmation not only that it was raining at the time he stopped my client’s car, but also that it was windy.

In successfully arguing that the police officer did not have reasonable articulable suspicion to stop my client’s car for obstructing traffic nor for unsafe operation, I pointed out that it is prudent to drive slower in the rain, and that the wind could be taken into account for any brief weaving or temporarily going over the white line for a foot with one tire. The stop was based on hunches.

The trial judge finds no reasonable suspicion to stop the car

The trial judge agreed that the stop of my client’s car did not rise from the level of a hunches into reasonable articulable suspicion to stop his car. The judge entered an acquittal.

As an aside, I underline that plenty of judges may well have ruled the other way, finding this to have been a lawful stop. Fortunately, we won this case.

Fairfax DUI lawyer Jonathan L. Katz pursues your best defense against DWI, felony and misdemeanor prosecutions. To discuss your case with Jon Katz, please call his staff at 703-383-1100 to schedule a confidential consultation, which ordinarily is free.