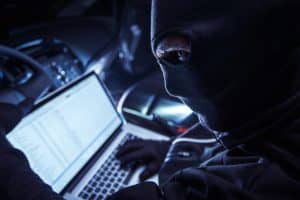 Facing court without an attorney always has its risks, warns Fairfax criminal lawyer

Facing court without a lawyer can be risky even for the most seemingly simple appearances. As a Fairfax criminal lawyer, I know that unrepresented criminal defendants are fishes out of water facing a highly experienced judge and a prosecutor whose abilities run from knowing the ropes to being able to run circles around an unrepresented defendant. Because courts often set arraignment dates soon after a criminal defendant has been arrested or otherwise criminally charged, and because defendants often prefer more time than that to hire a lawyer, below I address some food for thought about the risks and circumstances that might take place when appearing without a lawyer in court.

As a Virginia criminal defense attorney, I know that consideration about proceeding without a lawyer needs to start with facing the initial police encounter. Police routinely will refuse to provide access to a lawyer during the initial investigation of a case, making it all the more important to keep in mind your right to remain silent with the police an to refuse searches. Once permitted access to a lawyer, beware whether your phone calls are being monitored or recorded.

Fairfax criminal defense attorney on dealing with the court magistrate

When arrested for an alleged violation of the Virginia criminal law, you will ultimately be facing a court magistrate, who will decide whether to release you on your personal recognizance/ promise to return to court, what if any bond and pretrial release conditions to set, or whether to order no bond during the pendency of the prosecution. Beware that magistrates do not have to be lawyers, and beware if the magistrate asks what you have to say. Discussing the incident itself in front of the magistrate or the police officer (who often is present before the magistrate) can be harmful if not worse. On the other hand, the accused can be helped to provide the magistrate one’s work and residential history and other information to show the accused is not a risk of flight

While suspects do not have the right to have a lawyer present while facing the magistrate, as a Fairfax criminal lawyer I know that defendants do have the option of arranging for a lawyer (if available) to call or visit the magistrate to provide the defense version of why the accused should be released from incarceration during the pendency of the case.

Fairfax criminal lawyer Jonathan L. Katz pursues your best defense against felony, misdemeanor, DUI, drug & sex prosecutions. To discuss your case with Jon Katz, please call his staff at 703-383-1100 to schedule a confidential consultation, which usually is free for the first half hour.