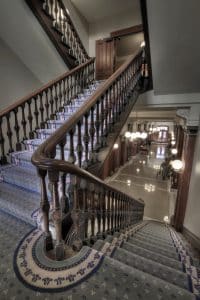 Appearing in criminal court alone can be dicey depending on the circumstances. As a Fairfax criminal lawyer, I know that defendants often want to give themselves time to find and pay for a lawyer, but they also need to know the risks of entering the courtroom alone. This is the second of a two-part article on this topic; the first part is here.

Virginia General District Court arraignments often take place rather quickly after an arrest date. Many courthouses will not require the defendant’s arraignment appearance (and often not the lawyer’s appearance either) so long as their lawyer files an entry of attorney appearance beforehand. Some courts even accept faxed court filings. Each courthouse’s relevant practices need to be known.

A typical Virginia General District Court arraignment is rather quick, where the judge tells the defendant the charge(s) against him or her, asks if the defendant understands those charges (responding “no” is not likely to obtain any benefit), and asks whether the accused plans to hire a private lawyer or to seek a court-appointed counsel.

Beware that federal court Rule 5/first appearance dates in the United States District Court in Alexandria, Virginia, are rather formal proceedings whereby judges will not necessarily waive even a represented speeding defendant’s presence even if s/he lives one thousand miles away (at least for cases as serious as DUI).

In Virginia state court, if a criminal defendant is denied an affordable bond or any bond by the magistrate, the defendant ideally will obtain a qualified lawyer immediately, for a multitude of reasons, including giving the lawyer sufficient advance time to obtain the earliest bond hearing date as possible.

Some non-jailable criminal and quasi-criminal cases merit proceeding with a lawyer, particularly intoxicated in public, which can violate probation and might involve adverse collateral consequences (at least if one gets multiple convictions for such an offense) with career prospects, security clearances, and immigration status. Some non-jailable matters might risk getting additional jailable charges added (for instance adding a DUI charge when the prosecutor determines that public intoxication was undercharged, or adding a reckless driving charge when speed was first charged), which can put an unrepresented defendant in a difficult position.

Virginia has a whole host of non-jailable moving violation infractions which are governed by the benefits of criminal procedure but do not always call for having a lawyer unless one is concerned about avoiding accumulated points against one’s license or increased car insurance rates. As a Fairfax criminal lawyer, I know the importance of good courtroom decorum and demeanor — mostly all common sense — by all defendants, whether having a lawyer or not. Everyone who walks into a courtroom should dress respectfully, avoiding shorts, t-shirts, flip-flops, and tank tops. Unrepresented defendants should avoid all talking in the courtroom before his or her case is called. Even if the judge is joking around with anyone, the defendant should not respond in humorous kind, but should address the judge respectfully. Some judges have a short temper/fuse/patience with unrepresented defendants. Some judges will turn from warm to icy at the drop of a dime. Being respectful and following the golden rule is essential in the courtroom.

Fairfax criminal lawyer Jonathan L. Katz has successfully defended thousands of  felony, misdemeanor and DUI defendants. To discuss your case with Jon Katz, please call his staff at 703-383-1100 to schedule a confidential consultation.