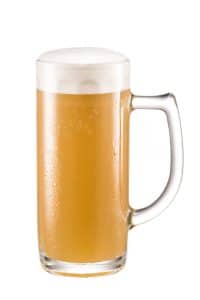 In 2016, a 2-1 panel of the United States Court of Appeals for the Ninth Circuit (which receives misplaced ridicule, when convenient, by prosecutors for a purportedly high Supreme Court overrule rate) wonderfully struck down the habitual drunkard statutory bar as unconstitutional and as barring people suffering from chronic alcoholism. However, that victory for liberty and sensibility was short-lived, when in January 2017 the en banc Ninth Circuit reversed, upheld the Constitutionality of the “habitual drunkard” bar, and detailed the meaning of “habitual drunkard”, which is not detailed in the federal immigration statutory law. Ledezma-Cosino v. Sessions, 857 F.3d 1042 (9th Cir., 2017).

Relying on Black’s Law Dictionary, the Ledezma concludes that “the ordinary meaning of ‘habitual drunkard’ is a person who regularly drinks alcoholic beverages to excess.” Ledezma conintues: “Notably, not all alcoholics are habitual drunkards. As the government emphasizes in its brief to us, the statute asks whether a person’s conduct during the relevant time period meets the definition; the person’s status as an alcoholic, or not, is irrelevant to the inquiry. We know that Congress did not intend to equate ‘habitual drunkard’ with ‘alcoholic.'”

What does all of this mean for people who are not United States citizens? I would imagine that only one DUI conviction or one Virginia intoxicated in public conviction, without more evidence of an alcohol problem, will avoid a habitual drunkard moniker under immigration law. Maybe even two such convictions will avoid a habitual drunkard determination. Why risk it, though? It is best to avoid such prosecutions in the first place, and to fully fight such prosecutions, with a qualified lawyer.

Fairfax, Virginia, criminal lawyer Jon Katz has successfully defended United States citizens and non-U.S. citizens  since 1991. To discuss your case with Jon in confidence, please call his staff for an appointment, at 703-383-1100.