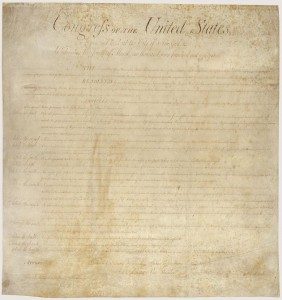 Fortunately, the United States Court of Appeals for the Fourth Circuit has this month confirmed that the Fourth Amendment to the United States Constitution bars ordering a male criminal suspect to produce an erection. Sims v. Labowitz & Richardson, ___ F.3d. ___ (4th Cir., Dec. 5, 2017). Sims comes in the context of the Court’s permitting a lawsuit to proceed forward against the estate of a since-deceased Prince William County, Virginia police officer who obtained and executed a search warrant from a Virginia court magistrate (but not against the prosecutor  who instructed the officer to obtain the warrant) whereby the officer ordered a juvenile sexting juvenile suspect to masturbate in order to produce an erection.

I originally covered this story when it originated in 2014. The story got worse when subsequent to the juvenile’s inability to achieve a police-coerced erection, the warrant obtaining police officer David Abbott “stated that if
Sims could not achieve an erection, Sims would be taken ‘to a hospital to give him an erection-producing injection.’” This was inept police and prosecution work run amok. Fortunately, chief county prosecutor Paul Ebert condemned the search of Sims (in the form of inspecting and photographing his penis), Sims, no injection happened, and no further police observation was made of his anatomy.

Fairfax criminal lawyer warns about the risks of sexting

As a Fairfax, Virginia, criminal lawyer, I am familiar with the popularity of sexting among both adults and juveniles of the naked bodies of themselves and others to their romantic mates as well as to non-willing recipients. Such activity among consenting adults is lawful. However, minors who engage in such activity are engaged in both producing and distributing child pornography, no matter how ironic it is to level such a criminal accusation against a juvenile who voluntarily produces and sends their own such images to a willing recipient.

Thanks to Alexandria civil rights lawyer Victor Glasberg, whose praises I have sung for years, for taking on Sims’s case.

No thanks to the Virginia search warrant-issuing process that permits the issuance of search warrants on Sims and others even by magistrates who have not attended law school nor taken the bar exam (although some have) to act on the intricacies of search and seizure law.

Fairfax, Virginia criminal lawyer Jonathan L. Katz defends your rights against criminal prosecutions and against unlawful searches and seizures. To discuss your case with Jon in confidence, please schedule an appointment through his staff, at 703-383-1100.