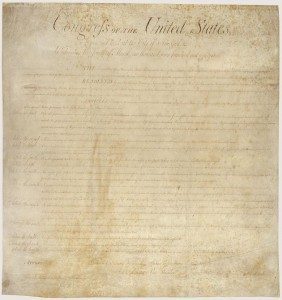 Racial equality is guaranteed in American courthouses. As a Fairfax criminal lawyer, I know the necessity of reminding everyone of this, when too many Virginia courthouses still harbor tributes to the confederacy, erected when Virginia judges tolerated and upheld government- and court-imposed racial discrimination and segregation.

In 1963, twenty-eight days after I was born, the United States Supreme Court reversed the Virginia Supreme Court of Appeals’ affirmance of a Virginia traffic court judge’s criminal contempt conviction of an African American gentleman for his refusal to seat in the racially segregated section of the courtroom designated for “colored” people, instead sitting in the section designated for white people.  Johnson v. Virginia, 373 U.S. 61 (1963). Fortunately, the Virginia Supreme Court later that year fully adhered to Johnson by invalidating the Commonwealth’s laws requiring organizers of such public events as athletic competitions and entertainment to segregate the races, and criminalizing the violation of said segregation law. Brown v. City of Richmond, 204 Va. 471 (1963).

The Loving’s trial judge Leon Bazile of Caroline County dripped with unwavering racism in denying the Lovings’ motion to vacate their conviction and sentence (see page 16 of 18), insisting that: “Almighty God created the races white, black, yellow, malay and red, and he placed them on separate continents. And, but for the interference with his arrangement, there would be no cause for such marriage. The fact that he separated the races shows that he did not intend for the races to mix.” Loving v. Virginia

Courtyard and courthouse tributes to the confederacy were erected when Virginia courthouses were tools of enforcing racial segregation, and must be moved out of the Commonwealth’s courthouses and courtyards.

Fairfax, Virginia, criminal lawyer Jonathan L. Katz is fully committed to equal justice for all. To discuss your case with Jon, please call us to schedule an appointment, ,at 703-383-1100.