Videotaping does not reveal all says Virginia DUI lawyer 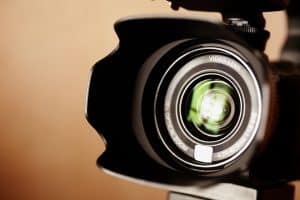 Videotaping does not reveal all says Virginia DUI lawye

Videotaping is an advance over not having videotaping of police encounters. At the same time, police filming does not reveal the entire situation. As a Virginia DUI defense lawyer, I know that effective motions hearing and trial cross examination of police is essential for criminal defense lawyers, whether or not videotape evidence exists.

Videotaping does not show what happened before and after the camera was engaged and disengaged, says Fairfax DUI attorney

An incident videotape has a beginning and ending point. As a Virginia DUI lawyer, typically in the counties where I usually practice, the provided videotaping does not start more than around one minute before the police officer engages his or her emergency lights and/or sirens, and often ends before my client enters the jail or police station. Missing often is the very driving behavior that the law enforcement officer claims as the basis for his or her stop.

Filming does not always include good audio nor comprehensive views of the suspect, says Virginia DUI lawyer

In the heat of the moment — and often instead involving law enforcement management and budget decisions — many police officers do not attend to assuring that their audio equipment for the videotaping will sufficiently record both them and the suspect, that their cruiser dashcam at all times is showing the suspect, nor that the camera is showing the suspect’s entire body, which is particularly important for showing behavior in conducting such field sobriety tests as the walk and turn and one leg stand.

Filming does not usually provide a counterpoint to police claims of bloodshot, glassy or watery eyes, and certainly does not record the odor of alcohol, says Virginia DUI defense attorney

In DUI cases, police routinely comment on how the suspect’s eyes looked and how strong or not was the odor of alcohol. Videotaping will not document that. The DUI defense lawyer is left to cross examine on those points, and to point out the extent to which such police observations have not been quantified.

Videotaping interactions with the police is essential, but does not cover the entire incident.

Virginia DUI lawyer Jonathan L. Katz has successfully defended hundreds of people charged with driving under the influence of alcohol, drugs or both. To discuss your DWI or other criminal prosecution with Jon Katz, please call his staff at 703-383-1100 to schedule a confidential consultation.