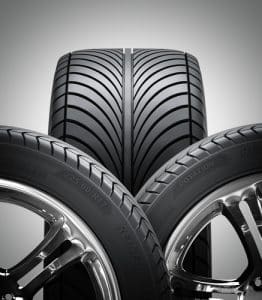 Acquittal is the ideal goal of going to trial. As a Fairfax criminal lawyer, my view is to go to trial rather than entering  a guilty, no contest or Alford plea,  where the benefits and possibly lower risks of doing otherwise are not significant enough. My recent DUI trial proved that risk worthy, resulting in an acquittal/ not guilty verdict.

The police officer at this trial testified that he heard noise coming from my client’s car, saw the car going up and down, and saw what looked like several flat tires. However, he could not be sure of how flat my client’s tires were before stopping his car.

The prosecutor unsuccessfully tried to show that my client was possibly coming from the bar that the police officer was monitoring, but that line of questioning only yielded the opposite information.

Once the police officer testified that he effectuated a traffic stop on my client, I objected to the stop as being in violation of the Fourth Amendment. I then cross examined the police officer, whereby he confirmed that no other cars were on the road at the time he saw my client, thus eliminating the risk of a traffic hazard.

I then successfully argued that the traffic stop of my client was unlawful under the Fourth Amendment, meaning that reasonable articulable suspicion was not present to believe that my client had violated a traffic law. I argued along the following lines:

“Your honor, all we have is a hunch of a possible traffic violation, which does not rise to the legally required threshold of reasonable articulable suspicion. At best, the prosecutor has presented police testimony of a noise from my client’s car, and apparent flat tires without his knowing how flat they were. No other cars were on the road, and my client’s car was still driving, meaning at best for the prosecution possible lowered inflation but not complete deflation.

“There is no established community caretaking function to permit the police to stop my client’s car to check on his welfare. This stop was unlawful for lacking reasonable articulable suspicion.”

When the prosecutor tried rebutting my rebuttal suppression argument, I successfully interrupted saying “I think I get the last word.”

So much information overload can visit judges and jurors to make it all the more important to get the criminal defendant’s strongest arguments to their attention early on at trial. In my opening statement at this bench trial, I told the judge this was a bad stop only based on the belief of deflated tires. Doing so put my suppression argument in the context of putting persuasive flesh on the bones of my opening statement.

The judge acknowledged that no community caretaker authority exists for the police, and that driving on deflated tires was not sufficient legal basis to stop my client’s car, and acquitted my client. This acquittal was all the more sweet when considering how low a threshold the United States Supreme Court has set for the police to be able to make a traffic stop on the suspicion of a possible DUI violation.

Fairfax DUI lawyer Jonathan L. Katz has successfully defended hundreds of people accused of unlawful drinking and driving/ DWI, and thousands of people charged with felony & misdemeanor offenses. To discuss your case with Jon Katz, please schedule a confidential consultation through his staff, at 703-383-1100.