Capital defendants are humans – Treat them with dignity 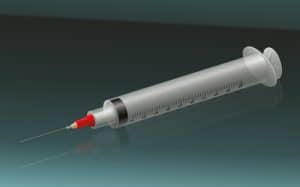 Capital defendants are humans – Treat them with dignity

Capital punishment in the United States has proceeded somewhat away from an arbitrary and capricious system that previously allowed judges rather than juries to decide a death sentence, and for people to be executed for crimes other than murder. As a Fairfax criminal lawyer, I know that since the 1970’s, the Supreme Court has curbed the death penalty by disallowing executions if not recommended by the jury, by requiring the capital murder sentencing jury to factor in mitigating circumstances against aggravating circumstances,  and by effectively only having executions for murder.

Prosecutors have the ultimate decision whether to prosecute a case and what sentence to seek. As long as we have racial prejudice in society (which will always exist), there will be racial bias to varying degrees from judges, prosecutors and jurors. That alone is reason enough to eliminate the death penalty, because the death penalty is an irreversible punishment.

Of course, some prosecutors might cynically try to address charges of racism by seeking the death penalty for every first degree murder case, but doing so does not eliminate racism among jurors.

A well-executed death penalty defense calls for hundreds of hours and expert witnesses, which resources not all the nation’s indigent defense systems will pay for, despite the fact that few capital defendants can afford their own lawyers who will put in so much toil into their cases.

Only four of nine U.S. Supreme Court justices opposed executing a man who was denied having a Muslim clergyperson present at his execution

February 7, 2019, was a sad day in United States Supreme Court history. On that date, five of nine justice lifted a stay of the Eleventh Circuit Court of Appeals on the execution of Domineque Ray,  which stay was based on finding a substantial likelihood that the prison’s policy against the presence of non-Christian clergy at executions violates the First Amendment’s Establishment Clause. Dunn v. Ray, 586 U. S. ____ (Feb. 7, 2019).Without his executioner skipping a beat, Mr. Ray then was state-killed by lethal injection in Alabama (which has one of the nation’s most virulently racist histories), which allows for Christian clergy to be present at executions.

Praised be Justice Elena Kagan — and her joining justices Ruth Bader Ginsburg, Stephen Breyer and Sonia Sotomayor — for dissenting from this lifting of the stay of execution of Mr. Ray. However, Donald Trump’s successful nomination of Neil Gorsuch and Brett Kavanaugh made this Domineque Ray decision virtually inevitable.

Staying Mr. Ray’s execution until resolving litigation over the denial of a Muslim clergyperson was not going to spare Mr. Ray from execution, but only delay the execution. Nonetheless, five of nine Supreme Court justices still greenlighted his execution.