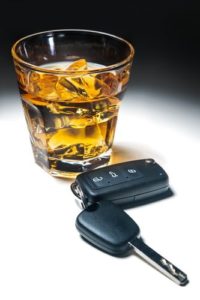 Beating a DUI prosecution by suppressing the stop for speeding

Beating a DWI prosecution can stem from such approaches as convincing the judge that the traffic stop or arrest did not pass Fourth Amendment Constitutional muster, and convincing the factfinder(s) that the prosecutor has failed to prove guilt beyond a reasonable doubt. One of my most recent trial victories as a Fairfax criminal defense lawyer, came from suppressing the stop of my client’s allegedly speeding and weaving vehicle, that led to an arrest for alleged DUI, breath test refusal and speeding ten miles an hour over the speed limit.

Anonymous civilian tips are worth little

At trial, the police officer testified that he responded to a civilian call concerning the driving behavior of my client’s distinctively-colored vehicle. The officer found my client at a red traffic light, paced his vehicle, and clocked him at 65 miles per hour in a 55 zone. Anonymous tips are worth little to justify a car stop unless they provide the stopping law enforcement officer with reasonable suspicion to believe the driver is intoxicated. Prado Navarette v. California, 572 U.S. 393 (2014). Beating this prosecution included that the prosecutor had not met the Prado Navarette threshold.

At this Northern Virginia General District Court bench trial, in beating this prosecution I successfully asked the judge to integrate my suppression motion into the trial. This helps the court with judicial efficiency, the prosecution with time saving, and the defense with getting jeopardy to attach upon the start of the testimony of the first prosecution witness.

The trial judge permitted the prosecutor’s sole witness to testify that he steadily paced my client — leaving two to three car lengths between their cars — when his speedometer read 65 miles an hour in this 55 mile an hour zone. I unsuccessfully objected to the testimony of the 65 mile an hour speedometer reading without speedometer calibration certification. I ended up beating this DUI prosecution nonetheless.

During my cross examination after the police officer testified to the traffic stop of my DUI defendant client, the officer testified that he did not himself calibrate his speedometer, and did not have any calibration certification with him in the courtroom, but said that such documentation was offsite. The prosecutor unsuccessfully tried to prevent my beating this DWI prosecution, by seeking to have the officer testify to his estimate of my client’s speed.

In beating this prosecution, I argued to the judge that the officer’s speedometer reading was unreliable to reach a reasonable suspicion finding without certified documentation of the speedometer calibration, and that the purported estimate of a ten mile an hour excess speeding interval also was too small to rise to the level of a stop based on reasonable suspicion.

I also pointed out, in beating this prosecution, the absence of any meat on the bones with the lack of testimony of how long the police officer paced my client, and that such a small claimed speeding interval of ten miles an hour needed instrumental measurement rather than eyeballing nor guesstimating.

Verdict: Suppressed traffic stop and acquittal on all three counts.

Fairfax criminal defense lawyer Jonathan L. Katz is highly rated and pursues your best defense against felony, misdemeanor and DUI prosecutions. For a free initial consultation with Jon Katz about your court-pending criminal or DWI case, please call 703-383-1100 to schedule a meeting.