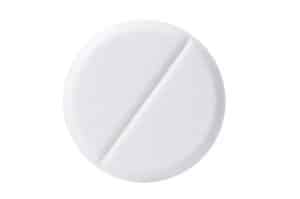 Pill in a car console by itself is not sufficient to convict the driver, says Fairfax criminal defense lawyer

Pill popping is all too common, but that — without more evidence — does not make a car’s driver culpable in Virginia for one illegal drug tablet found in the console between the front seats. As a Fairfax criminal defense lawyer, not only do I know this to be true in the commonwealth, but I rejoice over this week’s Virginia Court of Appeals panel opinion unanimously stating the same conclusion. Yerling v. Virginia, ___ Va. App. ___ (Feb. 25, 2020).

The law does not allow a pill / drug possession conviction without proof beyond a reasonable doubt that the criminal defendant had knowledge, dominion and control over the alleged controlled substance at the time of the alleged criminal incident.

In the above-referenced Yerling drug possession opinion, the Virginia Court of Appeals reversed an Oxycodone pill possession bench trial conviction for insufficient evidence to prove beyond a reasonable doubt that Yerling knew that Oxycodone was present in the vehicle he was driving.

A police officer stopped the car Yerling was driving, for speeding. The officer detected a faint “odor of marijuana.: and ” found ‘it odd that being in January, . . . [Yerling] was breathing heavy and almost sweating.'” The police officer described Yerling as seeming nervous. Yerling.

A car search — apparently okayed by the trial court — revealed “’a small corner baggy of marijuana inside the center console'” and a “balled up sheet of notebook paper” where inside was “a pink [Oxycodone] pill with ‘K-56’ on it.” Yerling. Significantly: “There was no testimony at trial confirming who owned the car Yerling was driving, how long he had been driving it that day, or where, in relation to the small amount of marijuana, the balled-up sheet of notebook paper was found.” Yerling.

As a Fairfax criminal defense lawyer, I always move to strike the evidence after the prosecution has rested, both as an effort to get the case dismissed and also to preserve the record for appeal in Virginia Circuit Court cases. Yergin rules that the trial judge — who convicted on one sole count of Oxycodone pill possession — should have stricken the evidence as insufficient to prove guilt.

Moreover, a drug possession conviction requires proof that the defendant knew the controlled substance’s nature and character. Here, the police officer “did not know what kind of substance comprised the pill found in the car Yerling was driving, and there was no evidence to indicate that Yerling was any more informed.” Yerling.