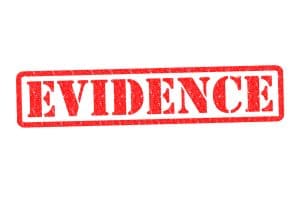 Disclosing exculpatory evidence is the obligation of all prosecutors. As a Fairfax criminal defense lawyer, I know that prosecutors risk running afoul of this Brady disclosure rule by not making full inquiry of the police in the case and by not erring on the side of revealing too much rather than too little evidence to the criminal defense.

The Virginia Supreme Court recently addressed disclosing exculpatory evidence in affirming the denial of a habeas corpus petition filed by an inmate convicted in 2003 of first-degree murder, burglary, robbery, and three counts of using a firearm in the commission of a felony. Lynch v. Cabell, Warden, Record No. 190048 (Va., Feb. 13, 2020) (unpublished order).

“‘There are three components of a violation of the rule of disclosure first enunciated in Brady: a) The evidence not disclosed to the accused ‘must be favorable to the accused, either because it is exculpatory,’ or because it may be used for impeachment; b) the evidence not disclosed must have been withheld by the Commonwealth either willfully or inadvertently; and c) the accused must have been prejudiced.”

Prosecutors must use due diligence for disclosing exculpatory evidence

Too many Virginia prosecutors have not reviewed evidence in a misdemeanor prosecution before the trial date, including the video evidence. That creates both the risk of violating Brady — by not pursuing Brady evidence, let alone missing disclosing Brady evidence — and not sufficiently evaluating the case to determine whether it merits being prosecuted, nor to determine a wise approach to negotiating a settlement of the case.

Prosecutors and police will often have a narrower view than criminal defense lawyers about what constitutes Brady evidence. The Virginia criminal discovery rules are narrow, especially for Virginia District Court cases, do not address disclosing Brady evidence, and do not require disclosure of opposing witness statements.  Virginia criminal discovery rules need to be expanded so that criminal defendants are not left to the whims of prosecutors whether to disclose more evidence than they think the law requires.