Jeopardy attaches once a witness is sworn confirms a Fairfax judge 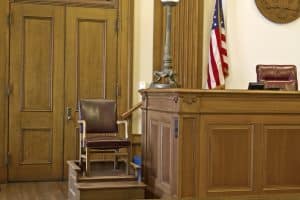 Jeopardy attaches once a witness is sworn confirms a Fairfax judge

Jeopardy is among the essential avenues for criminal defense lawyers to consider. As a Fairfax criminal lawyer, I know that prosecutors might have the temptation to dismiss a case mid-trial when they see their chances of victory slipping, but that such action precludes later renewing the prosecution.

Naeem Darab was arrested in Fairfax County, Virginia, for marijuana possession, and wisely hired an attorney to defend him. In the General District Court, the court swore in a police witness and the prosecutor then moved to enter the case nolle prosequi/ dismissed without prejudice. The Fairfax District Court judge then entered a final nolle prosequi order, but then asked the prosecutor if he really wanted a nolle, seeing how the Fifth Amendment to the United States Constitution’s Double Jeopardy Clause could then bar a retrial of the matter, with a witness already having been sworn in. Consequently, the prosecutor successfully moved the District Court judge to reverse its the nolle order. The same court subsequently convicted the defendant and Darab appealed.

Darab’s appeal went before Fairfax Circuit Court Judge David Bernhard, who has already drawn attention for disfavoring cash bonds, and who has a compelling life story that puts him in a strong posture to empathize with the plights of the criminal and civil litigants before him.

Judge Bernhard correctly concluded that jeopardy had already attached when the prosecutor obtained a final nolle order, and that the nolle prosequi order was irreverisible. Judge Bernard also correctly ruled that the prosecutor could not undo any of that by asserting that a criminal defendant’s appeal of a District Court conviction to the Circuit Court is a trial de novo in every respect. Finally, Judge Bernhard correctly concluded that the Fairfax District Court judge’s prompting the prosecutor about whether he really wanted a nolle constituted an abuse of judicial discretion and an “independent ground for the termination of this prosecution.” Further, in stating that the District Court committed no clerical nor factual error in entering the initial nolle prosequi order, Judge Bernhard pointed out that: “The District Court’s ‘power to amend should not be confounded with the power to create.’ Gagnon v. U.S., 193 U.S. 451 [(1904)].” Darab v. Virginia, Fairfax County, Virginia, Circuit Court No. MI-2018-378 (May 2, 2018).

As much as the Fairfax County Circuit Court judge’s ruling in Darab is a great one, that does not change the abominable separate sovereigns doctrine that permits separate prosecutions both in state and federal court for the same offense, which explain how Rodney King’s police assailants could be acquitted in state court only to find themselves subsequently tried and convicted in federal court.