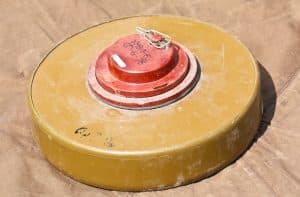 Landmines run rampant in Virginia DUI prosecutions, in terms of accusations and the state of the law. At the same time, more opportunities than often meet the eye can be pursued for a DUI lawyer to successfully defend a person charged with DWI. As a Virginia DUI lawyer, I know, as with all criminal defense, that success against a DUI charge under Va. Code § 18.2-266 calls for the defense lawyer to be fully prepared, well experienced, ready for battle, and fully vigilant.

Favorable settlements with prosecutors are not guaranteed. That does not automatically mean that the DUI defense lawyer has failed rather than that the prosecutor has decided not to make a better plea offer and/or that the prosecutor’s superiors refuse to negotiate below an established floor (for instance not offering to break down a mandatory minimum blood alcohol level case to a non-jailable charge). Sometimes, the very resolve of the defense to go to trial and the defense ability to win help spur negotiations along.

Probation landmines need to be considered

Although some Virginia DWI defendants and other criminal defendants might at first feel relief to receive a guilty or no contest plea offer that involves no active jail or much less jail than anticipated, a plea offer and its attendant landmine need to be considered more comprehensively than that, including: Only being able to drive for limited purposes during the mandatory license suspension period resulting from a Virginia DUI conviction; the suspended part of any jail sentence and the probation length and probation conditions; any other terms and conditions of the plea offer; effect of a conviction on one’s reputation and livelihood; and the probation violation risk that can result for being found guilty of a crime committed while on probation.

A Virginia DUI lawyer needs to be ever-vigilant of case landmines and should never expect the governing law nor the judge nor prosecutor to be on the defendant’s side. Only the defense lawyer is on the DWI defendant’s side. When a criminal defense lawyer enters the courthouse on the trial date, it needs to be with full trial readiness. That readiness includes obtaining, reviewing and analyzing all available relevant discovery and other evidence well in advance; fully investigating the case; and fully listening and engaging with the client long before the trial. Virginia DUI and criminal defense is proverbial war and should be approached in that way.

Virginia DUI lawyer Jonathan L. Katz has successfully defended hundreds of DWI defendants and thousands of criminal defendants. To discuss your case with Jon Katz, please call his staff at 703-383-1100 to schedule a confidential consultation.

Posted in DWI / DUI and tagged alcohol, Trials, Virginia DUI lawyer
← Jeopardy Attaches Once a Witness is Sworn Confirms a Fairfax JudgeAppeal When Convicted in a Virginia Trial on an Indictment →