Appeal When Convicted in a Virginia Trial on an Indictment 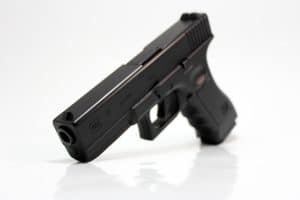 Appeal when convicted in a Virginia trial on an indictment

Appeal your Virginia Circuit Court guilty finding at trial on an indictment. As a Fairfax criminal lawyer I say this (there are exceptions to every rule) because governing caselaw generally prevents a higher sentence after a retrial ordered on appeal of a trial conviction.

As a Fairfax criminal attorney, I know that trial judges can make incorrect rulings more often than appellate judges. Felony trials tend to deal with many more legal issues than does an appeal, often with quick judicial decisions needed on those trial issues, versus the appeal process that enables appellate judges and their law clerks to sit down in more quiet settings with more time than the trial judge has, to examine the challenged legal issues. Unfortunately, during the usually months-long appellate process, the defendant usually is sitting in prison if the sentence has not yet been served.

For every trial, I use a trial outline for the proceedings, no matter how simple or complex the trial is. At minimum, my outline lists the elements of each offense charged, and I put a checkmark or other marking by each of those elements to indicate which prosecution witness or other piece of evidence might have addressed that element. If the prosecutor has missed producing evidence of even one essential element, I pounce on that to my criminal defense client’s best advantage. This trial outline is important both for winning at trial and for strengthening my client’s prospects for an appeal.

An attempted crime requires an overt act, which was missing in Jone’s case

“‘An attempt in criminal law is an unfinished crime and is composed of two elements, the intent to commit the crime and the doing of some direct [or overt] act toward its consummation, but falling short of the accomplishment of the ultimate design.'” Jones, quoting Rogers v. Commonwealth, 55 Va. App. 20 (2009).

Here, Jones told the police that he was present to protect his friend during the planned robbery. However, absent was an overt act towards the consummation of the robbery, which got interrupted by police, so the Virginia Court of Appeals dismissed Jones’s attempted robbery conviction.

Without proof beyond a reasonable doubt of the predicate offense of attempted armed robbery, Jones’s conviction for use of a firearm in the commission of the felony gets reversed

Use of a firearm in the commission of a felony, under Va. Code § 18.2-53.1, requires proof beyond a reasonable doubt of an appropriate predicate offense. Here, with Jones having beat his attempted robbery conviction on appeal, he also got his firearm use conviction reversed. Jones.

The lessons learned her is to avoid actions that might incur a conviction in the first place, and to appeal when convicted on a felony in Virginia Circuit Court.