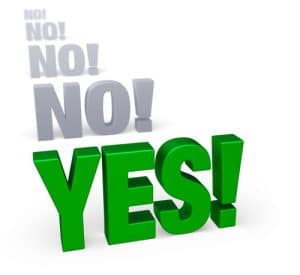 Negotiating without distraction is the ideal approach to negotiating, always on target to “get to yes.”. As a Virginia criminal lawyer, I know the importance of undistracted settlement talks.

Fairfax DUI lawyer on getting the prosecutor’s full attention

Although it will not work for me every time to ask a prosecutor only to speak with me one on one when dealing with multiple cases in the courthouse,  the alternative is to get as much of the prosecutor’s full attention as possible. I particularly want to step aside with the prosecutor when I am going to include a focus on insufficient police work, on such bases as insufficient or even shoddy police work, questionable reliability of the police version of events, violation of my client’s Miranda and other Fifth Amendment rights, violation of my client’s Fourth Amendment rights. Police are not going to remain mum when hearing their work questioned.

With the above backdrop, recently I obtained a great negotiating without distraction result when I encountered a prosecutor in a room full of police officers, and wanted to maintain focus when addressing not only the weaknesses in the case that the police had developed about my client, but also to maintain focus when making my proposal for a settlement offer that could well have met with a skeptical response from the prosecutor. One of the most critical points in that conversation was when the prosecutor responded to my point about a major weakness in his case with how he would handle that asserted weakness. Had the police in the case been present, they likely would have added their own spin at that point. Instead, with nobody present but me and the prosecutor, I was able to underline, without skipping a beat: “So we both know what we will argue at trial. And we also know who is our judge,” meaning a judge who could well rule in my favor, but that was not a guarantee.

Fairfax criminal lawyer Jonathan L. Katz pursues negotiations from the position of strength of being trial ready at all times. Jon will be delighted to discuss your case with you, through a confidential appointment set through his staff, at 703-383-1100.