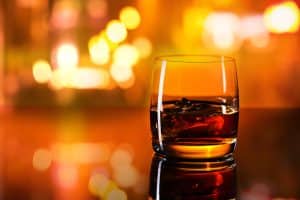 Refusing breath testing before and after arrest must not be confused with each other, says Fairfax DUI lawyer

Refusing pre-arrest breath testing in a Virginia DUI investigation is wise when one has consumed any alcohol, as this is a voluntary test and the testing can be even more inaccurate than the already-inaccurate Intox EC/IR II breath testing machine that is used post-arrest for Virginia DWI cases. As a Fairfax DUI lawyer, I know that, on the other hand, once a defendant is arrested for DUI, Virginia DWI law implies that the driver has consented to submit to a breath or blood test, as directed by the police.

Such a post-arrest refusal invites being prosecuted not only for an alleged Virginia DUI offense but also for the offense of refusal, which for a first offense is a civil case with criminal procedural protections carrying the singular penalty of twelve months of no driving (and no restricted driving privileges) together with paying court costs. A second offense of refusal is a Virginia Class 1 misdemeanor, carrying up to one year in jail, three years of no driving (with no restricted driving), and a fine up to $2,500 and court costs.

As a Fairfax DUI lawyer, I repeatedly (but not always) see police obtaining blood draw search warrants for those who refuse to provide post-arrest breath tests. If a Virginia DWI defendant is slapped with a DUI and refusal charge AND is the subject of a blood search warrant, the reason for refusing a breath test (to prevent the police from checking the DUI arrestee’s blood alcohol level) has been frustrated and a refusal charge proceeds in the prosecutorial mix.

Fairfax DUI lawyer Jonathan L. Katz pursues your best defense against DWI, refusal, felony and misdemeanor prosecutions. To discuss your case in confidence with Jon Katz, please call his staff at 703-383-1100 to schedule a confidential consultation.