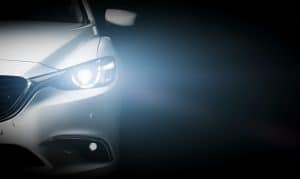 Defending in trial against allegations of DWI and refusal to submit to blood alcohol content (BAC) testing by breath or blood testing presents its own opportunities and challenges. As a Virginia DUI lawyer who has taken numerous of such cases to trial, I provide the following defensive thoughts.

A conviction for BAC test refusal brings a mandatory one year driver’s license suspension for the first offense. For a second offense, that penalty rises to three years of no driving together with a jailable Class 1 misdemeanor conviction. As a Virginia DUI defense attorney, I know that when BAC testing is absent, the chances of acquittal when defending a DWI charge can increase, because now the prosecutor cannot prove DUI per se for any BAC test of 0.08 or higher, and is left to try to prove beyond a reasonable doubt that the defendant operated a motor vehicle while under the influence of alcohol and/or drugs. At the same time, plenty of Virginia DUI defendants exist who prefer seeking a plea deal for DUI with agreed terms and conditions if that will get a dismissal of the refusal charge.

Typically it is more easy for a prosecutor to win a refusal conviction than a DUI conviction. When a defending party wins a Virginia DUI count and loses the refusal count, it is good to consider appealing for a trial by jury on the refusal conviction when it is a civil offense rather than for a misdemeanor second offense. When the defendant loses both counts and appeals for a jury trial, the defendant should consider whether to seek a separate jury for each of the two counts. A qualified lawyer should be consulted for such decision making.

Virginia DUI lawyer Jonathan L. Katz has successfully defended hundreds of people accused of DWI / driving  under the influence of alcohol or drugs. To discuss your felony, misdemeanor or DUI case with Jon Katz, please call his staff at 703-383-1100 to schedule a confidential consultation.