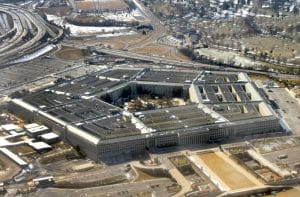 Federal DWI charges are common in Northern Virginia, and require a different set of laws and procedures than is involved in Virginia General District Court and Circuit Court. As a Virginia DUI lawyer, I have defended many federal DWI cases over the years, with the DUI arrests commonly taking place on the George Washington Memorial Parkway, the Pentagon (it is easy to accidentally find oneself on Pentagon property when navigating to or out of Pentagon City or Crystal City), the Central Intelligence Headquarters Agency (CIA) headquarters entrance in Langley, Fort Belvoir, the Quantico Marine Base, and Ft. Myer (where initial entrance to any military base requires showing one’s identification at the entrance gate).

Today’s blog entry is confined to federal DWI defense in the United States District Court for the Eastern District of Virginia in Alexandria, Virginia. Such federal cases are typically initially charged by citation, providing an initial court date. (Beware that even such minor moving violation charges as speeding under twenty miles per hour over the speed limit can be a jailable offense on the GW Parkway, whose speed limit does not exceed 50 MPH.)

The initial court date for a federal DWI charge typically is the Rule 5 hearing under the federal rules of criminal procedure. On this date, the magistrate judge ascertains whether the defendant will be hiring his or her own lawyer, or is applying for a court-appointed lawyer due to indigency. If the defendant appears at this Rule 5 hearing with a lawyer, the magistrate judge typically will set a trial date, hear argument about any pretrial release conditions (the defense lawyer should obtain in advance any report from the court’s pretrial office, which must be returned to that office once the hearing is concluded), and set a deadline for filing motions and responses thereto. If a federal DWI defendant appears without a lawyer, the magistrate judge typically will set a new Rule 5 hearing date soon thereafter at which the defendant will appear with his or her lawyer.

This is a two-part article on federal DWI defense. The second part is here.

Virginia DUI lawyer Jonathan L. Katz has successfully defended hundreds of DWI defendants in state and federal court. To discuss your felony, misdemeanor or DUI case with Jon Katz, please call his staff at 703-383-1100 to schedule a confidential consultation.