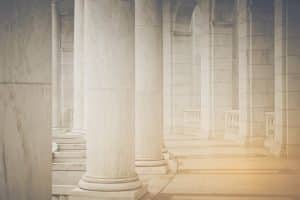 Federal court DUI and misdemeanor defense is different from Virginia state court misdemeanor defense in several ways, including that federal court does not provide the option for a new trial on appeal, unlike the Virginia state system that entitles a defendant to a new trial on appeal from a District Court conviction. As a Fairfax criminal lawyer, I provide some information herein about defending against DUI and other misdemeanor charges in Virginia federal court, as part two of two-part article, with part one here.

Unlike Virginia state arraignment dates that in many counties do not require the presence of the criminal defendant nor an attorney if the attorney enters a timely written appearance with the court, the initial court appearance / Rule 5 hearing in federal court requires the appearance of the defendant unless the defendant’s appearance is waived by the court.

A prosecutor may extend a plea offer on the Rule 5 hearing. By the defendant’s having a lawyer on that date, the attorney can advise whether to ask the prosecutor to keep the offer open pending review of discovery and the rest of the case. Prosecutors typically keep the offer open for me beyond the Rule 5 hearing, enabling me to make counteroffers and to proceed to trial if settlement negotiations do not yield a favorable deal.

Crimes charged under the Code of Federal Regulations typically are not jailable over six months, and therefore do not make the defendant eligible for a jury trial nor a District Court judge versus a magistrate judge. Federal DUI and marijuana prosecutions are sometimes charged by statutory provisions that carry over six months in jail, in which case the trial will be by jury unless both parties waive a jury, and will be by a District Court judge unless there is an agreement to proceed before a magistrate judge.

Fairfax criminal lawyer on the importance of knowing your prosecutor

The prosecutor in a federal DUI or other misdemeanor case may be from the main United States Attorney’s Office, or else from the Defense Department (for instance for cases arising on the Pentagon grounds), from the CIA, or from the relevant military branch for cases arising at a military base. While all said prosecutors ultimately answer to the United States Attorney’s Office, the prospects for case negotiations can be affected by the government branch handling the prosecution as well as the individual prosecutor involved.

Federal court can proceed quickly, and federal criminal defendants will want to discuss with their lawyers whether to seek a later than earlier trial date in order to have sufficient time to obtain and review discovery and to prepare for trial.

This is part two of a two-part article. Part one is here.

Fairfax criminal lawyer Jonathan L. Katz pursues your best defense against DUI, felony, and misdemeanor prosecutions. To discuss your case with Jon Katz, please call his staff at 703-383-1100 to schedule a confidential consultation.