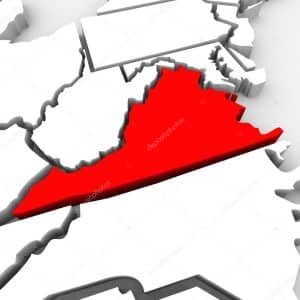 Risking bringing marijuana into Virginia or handguns out of the commonwealth brings serious prosecution exposure. As a Fairfax criminal lawyer, I know that such behavior is common in the Northern Virginia / Capital Beltway region, where one can find himself or herself in a different state within a matter of seconds. sometimes even mistakenly, particularly for tourists and other temporary visitors. On top of that, bringing such items across state lines or onto the countless federal government properties in the Beltway area can risk federal prosecution.

As a Fairfax criminal lawyer, I know that Virginia is a paradise for firearms and weapons owners (and where the National Rifle Association/ NRA is headquartered), where it is lawful to openly carry a handgun (with limitations) without needing a permit to do so, and where concealed carry permits are liberally issued. However, the neighboring Free State and nation’s capital to the north do not give reciprocity to such Virginia handgun liberality, and the law and state prosecutors in those jurisdictions can seek to hammer people risking unlawfully possessing handguns.

Numerous of my Virginia clients charged with offenses involving marijuana and hashish oil / dabs / wax / THC vape pens at first giddily obtained their stash from one of the many stores in the nation’s capital that purport to sell a sticker or some other cheap piece of merchandise in exchange for “gifting” the customer’s selected strains and quantities of pot. D.C. law okays possessing up to two ounces of pot, and the Free State to the north makes possession of under ten grams of pot only a civil offense. On top of that, both jurisdictions make cannabis easily available at medical marijuana dispensaries. None of that matters under the law of Virginia, where risking mere hash oil possession is a felony, and marijuana gets prosecuted even for one gram or less.

As much as the federal government wields extraordinary central power, federalism and states rights still let each state decide a broad range of activities to criminalize. A wise handgun or pot possessor scours every pocket of clothing, every corner of containers, and throughout one’s automobile rather than risking unlawfully crossing state lines with such items.