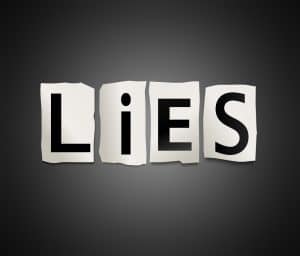 False reporting of a crime to police is a criminal offense, says Fairfax criminal lawyer

False reporting of a crime to police is a crime in itself. As a Fairfax criminal lawyer, I know that such reporting is all too common, and too much of my clients suffer from such lies. Unfortunately, it is not paranoia for us to keep a healthy watch of our backs when dealing with people who might take any opportunity to stab us in our backs not only in ways to falsely harm our reputation, livelihood and assets but even in ways that create exposure to criminal prosecution and conviction.

As a Virginia criminal defense lawyer, I see so much that needs reforming and improving in the criminal justice system. As a counterpoint, this week’s unpublished Gibson v. Virginia case (Va. App. Record No. 0986-18-4, July 23, 2019) shows extensive police work that saved a father from being prosecuted and convicted for child sex abuse, and the culpable estranged wife (Joanna Gibson’s) instead prosecuted.

Police investigation into Gibson’s daughter A.F.’s report — a false one — that her father had repeatedly touched her “privates”, revealed that Gibson was actually feeding her those talking points through efforts at taped subliminal messages, apparently played to the daughter. The police also learned that Gibson’s ex-husband was receiving communications urging that he end the marriage quickly, which underlined the motive for Gibson to seek a prosecution and conviction of her husband. Had her husband been successfully prosecuted and convicted, he would have suffered a destroyed reputation, destroyed career with the White House, and substantial incarceration.

Gibson affirms all three counts for which Gibson was convicted, which was one count of contributing to the delinquency of a minor, and two counts of false reporting to the police. Despite Gibson’s claim of insufficient evidence on all three counts, Gibson has no trouble finding sufficient evidence to convict. As to sufficiency of the evidence for contributing to delinquency of a minor (which statute also applies to misdemeanor sexual activity between an adult and minor who is at least 15 years old), Gibson points out that Gibson’s daughter’s false reporting to the police of her father’s alleged sexual assaults rendered the daughter delinquent.

The bottom line is that lies are wrong by themselves, police must never be given false reports of crimes, and we must always keep a healthy watch of our backs.

Fairfax criminal lawyer Jonathan L. Katz pursues your best defense against felony, misdemeanor, and DUI prosecutions. To discuss your case with Jon Katz, please call his staff at 703-383-1100 to schedule a confidential consultation.