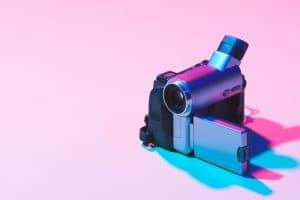 Clothed children do not automatically preclude a child pornography conviction. As a Virginia criminal lawyer, I know that this analysis  starts with whether the image depicts a nude child or else a clothed child with a nude adult. Dustin Allan Ele, Sr., learned that the hard way this month. Ele v. Virginia, ___ Va. App. ___ (July 16, 2019).

Allan Ele’s behavior with clothed children in this case is completely disturbing and disgusting, but that must not obscure the First Amendment, and must not turn the United States Supreme Court’s First Amendment exception for material depicting naked children from becoming a more slippery slope than it already has become to watering down the First Amendment all the more. New York v. Ferber, 458 U.S. 747 (1982).

Ele’s video shows him not only naked in a room with two sleeping prepubescent clothed minors (his daughter and daughter’s friend), but also shows him placing his genitals on the face and foot of the friend, and ejaculating into that friend’s hair.

The Virginia Code states that child pornography “means sexually explicit visual material which utilizes or has as a subject an identifiable minor.” Va. Code § 18.2-374.1. “Sexually explicit material” includes an image that “depicts sexual bestiality, a lewd exhibition of nudity, as nudity is defined in § 18.2-390, or sexual excitement, sexual conduct or sadomasochistic abuse, as also defined in § 18.2-390…” Id.

Ele finds the statutory definition of child pornography not to require an unclothed — versus clothed — child in the image if the image also includes an unclothed adult. Ele further sees Ferber as permitting such a conviction, characterizing a “ban on child pornography” as “due to state’s compelling interest in ‘safeguarding the physical and psychological
well-being of a minor'” While it is one thing to criminalize the production of such material as Ele produced, I think the First Amendment should bar the mere possession of images of unclothed adults where the children in the image are not engaging with the adults.

Fairfax criminal lawyer Jonathan L. Katz pursues your best defense against felony, misdemeanor and DUI prosecutions. To discuss your case with Jon Katz, please call his staff at 703-383-1100 to schedule a confidential consultation, which usually is free.