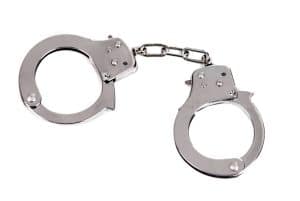 Cop arrest quotas are antithetical to the United States Constitution, civil liberties, and justice for criminal suspects and defendants. As a Fairfax criminal defense lawyer, I know that police have a temptation to justify their jobs in part through working to total up a high number of arrests.

Recent news has revealed a now-ended competition pursued by a lieutenant of the police of the Washington Metropolitan Area Transportation Authority (WMATA), for each cop to make the most number of arrests, and issue the most number of citations and summonses for lesser alleged offenses.

WMATA cops work in Virginia and the remaining nearby jurisdictions, meaning serious limits on real and effective oversight of police from that unit. Clearly, such oversight was needed with the police agency’s recent quota-gate.

When feeling arrest quota pressure, WMATA cops and other police themselves are tempted to make some energy-easy — but civil liberties-draining — stops, searches, charges and releases.

Quality policing comes not from meeting arrest quotas, but by shrinking the criminal justice system and hiring and training the best police

Pressuring arrest quotas from police officers may be a superficial way to make each cop look busy, but in the process can violate civil liberties, and fails to get at the heart of the causes of crime. The criminal justice system will continue ambling along until we hire, train and retain the best cops, and substantially shrink the criminal justice system through such approaches as legalizing marijuana, prostitution and gambling; heavily decriminalizing all remaining drugs; eliminating mandatory minimum prison sentencing; and abolishing the death penalty.