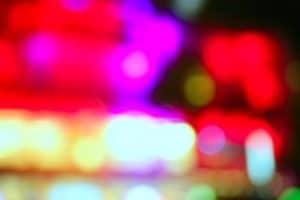 Virginia prostitution defense often involves police stings, where alleged Johns/hobbyists are set up to meet with would-be prostitutes/providers who instead are police officers/police hires. As a Fairfax criminal lawyer, I know how much prostitution prosecutions waste limited police resources that could instead be used for such useful activities as investigating and prosecuting alleged rape, robbery and murder.

Law enforcement does not stop only at stings in seeking to curb the world’s so-called oldest profession. Instead, police and rosecutors have pursued Craigslist and Backpage to chill their making their pages available for sexually-oriented advertisements.

What justifies criminalizing prostitution other than America’s bipolar relationship with sex, which on the one hand still criminalizes adultery in the Virginia code (effectively invalidated by the United States Supreme Court in  Texas v. Johnson, 491 U.S. 397 (1989)) but will never be the same after the sexual revolution of the 1960’s-1970’s?

Here, ironically, a website for professional sexual service providers says that Eros advertisers were providing documentation to Eros to prove that such providers are adults, and now this DHS raid of Eros puts them all the more at risk of prosecution.

Legalize, regulate and tax consensual adult-adult prostitution. Do not waste police, prosecutorial and court resources on it.

Fairfax criminal lawyer Jon Katz since 1991 has defended thousands of criminal and DUI defendants, including many prostitution defendants. For a confidential consultation with Jon, please call his staff to schedule an appointment, at 703-383-1100.