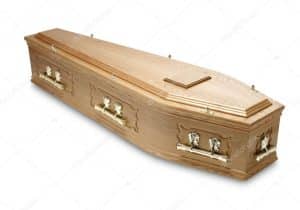 Botham Shem Jean — accounts from reliable news sources show — was lawfully minding his own business when off-duty police officer Amber Guyger unlawfully entered Jean’s apartment and shot him dead. Botham Jean’s family lawyer says that other resident(s) heard the mortally-wounded Jean exclaim “Oh my god, why did you do that?” This all is beyond gut-wrenching.

And, sadly, if I wrote about every wrongful police shooting, this would become a police shooting blog, because too many of them happen. At the same time, the ending of Botham Jean’s life by officer Guyger’s blunder underlines why we must entirely reverse out overly-policed state and shrink our criminal “justice” system so that we are closer to only hiring, training, supervising, promoting, monitoring, and retaining the best possible people to be police, prosecutors, judges, probation and parole officers, and jailers.

Being prosecuted for manslaughter, Guyger claims she mistakenly entered Botham Jean’s apartment thinking it was hers, and shot him dead when he did not follow her commands (which commands she was not entitled to make in the first place, as she was in the wrong apartment). Even if her version of events is true, that means that Guyger had no business being a police officer in the first place.

Our police state is overgrown with more national security actions than ever – post-September 11 — and excessive policing arising from the decades-long drug war run amok and run roughshod on the Fourth Amendment.

How do we shrink our overgrown criminal “justice” system and allocate the system’s resources better? As always, I answer that we start by legalizing marijuana, heavily decriminalizing all other drugs, legalizing prostitution and gambling, eliminating mandatory minimum sentencing and eliminating the death penalty.

It always goes without saying that officer Guyger and all criminal suspects are innocent until proven guilty beyond a reasonable doubt, and that she is entitled to all her Constitutional rights. At the same time, Guyger may well not get the pass that so many jurors give so many police prosecuted for wrongful shootings where she here was off-duty and at best acting like a one-person nightmarishly deadly version of the Keystone Kops (if her version of events is believed). Even the conservative National Review calls Botham Jean’s shooting “The Worst Police Shooting Yet”.

The search of Botham Jean’s home after his killing was hopefully only intended to find out what really happened. The publicizing of alleged marijuana (10.4 grams, which would only make up to ten cigarettes) allegedly having been found at his home is a red herring that means nothing more about his shooting than if he had had a bottle of wine in his pantry.

Hopefully race has nothing to do with Guyger’s deciding to shoot Botham Jean, who scrupulously worked to avoid contact with the police, so as not to be the victim of police misconduct. Breathing or being at home while black (or any other race) must not be a liability with police.

Police are never above the law. Botham Shem Jean’s death must be the last of all these wrongful police shootings.