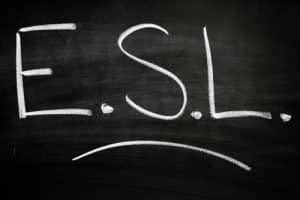 ESL – English as a Second Language – suspects are at a great disadvantage talking with English-speaking police. As a Fairfax criminal lawyer, I already know that it is rare that a police suspect can ever benefit from talking with police without the presence of the suspect’s lawyer.

As a Fairfax criminal attorney, I rarely see police asking criminal suspects what their first language is. Usually at best, police ask if the suspect can read and write in English, and what is the criminal suspect’s educational background. Even though I have spoken French for thousands of combined hours since 1975, I know that I would misunderstand and mis-state plenty if I answered questions by French-speaking police.

Unfortunately, last month the Virginia Supreme Court effectively okayed police not asking criminal suspects their first language, versus leaving it to the suspect — no matter how scared or confused or police-badgered — to volunteer any need for an interpreter in a specific language. Tirado v. Virginia, ___ Va. ___ (Aug. 9, 2018).

Guatemalan-born rape suspect Tirado okayed speaking to police with a bilingual officer interpreting in Spanish, even though his native language was fact, his native language was the Mam Mayan language. Nonetheless, the trial judge found a free and voluntary Miranda waiver, even though a defense Spanish language expert found  “22 spelling and grammatical errors” in the apology letter Tirado gave police. Tirado.

Tirado says that “Tirado waived his argument that the recording [of his post-arrest interrogation] contained inadmissible hearsay, because he did not object to the admission of the transcript of the recording
on hearsay grounds at trial.” Even though Tirado’s police interrogation was tape-recorded, by no means does that change that the bilingual police officer’s recorded interpretation was anything other than hearsay, particularly when considering that interpretation involves art and nuance, and not merely rote interpretation.

As a Fairfax criminal lawyer, I know that whenever the prosecution might be offering an English translation of my client’s prior words, I need to have an independent interpreter review that translation and to be ready to testify about errors in that translation.

Silence is golden for criminal suspects

Fairfax criminal lawyer Jonathan Katz speaks basic conversational Spanish and fluent French, and knows that nothing replaces fully understanding in one’s native language. To discuss your case with Jon Katz, please call his staff at 703-383-1100 to schedule a confidential consultation.