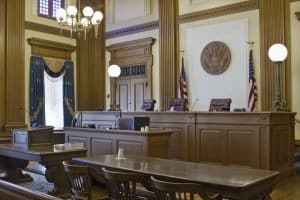 Private prosecutors may not prosecute in Virginia except under limited circumstances, says Fairfax criminal lawyer

Private prosecutors are the exception to the usual Virginia practice of having prosecuting attorneys be elected officials or their employees, or private practicing lawyers hired by incorporated cities or towns. As a Fairfax criminal lawyer, I am ready to seek the disqualification of a private prosecuting attorney not appointed nor proceeding within the limitations set by law for such attorneys.

What limits does Virginia law place on the appointment and participation of a privately-employed lawyer?

This month, the Virginia Court of Appeals revisited the issue of private prosecutors, in a case where the court reversed an assault conviction handled by a such an attorney, because said attorney “simultaneously represented the victim in a civil action against [the defendant] and sought to prosecute her, and because the procedural safeguards were not followed that would have ensured the publicly-elected prosecutor remained in control of the case.” Price v. Commonwealth of Virginia, ___ Va. App. ___ (Nov. 17, 2020).

When the Fairfax or other prosecutor’s office declines to get involved in the prosecution, may the court appoint a prosecutor?