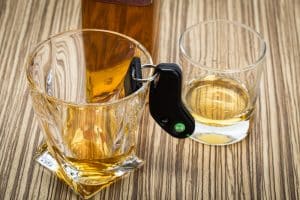 Breathalyzer challenges are an essential part of defending against Virginia DWI prosecutions. As a Fairfax criminal lawyer, I dissect such evidence with a fine-toothed comb. Before ever arresting for an alleged DWI violation, under Va. Code § 18.2-266, police repeatedly ask Virginia DUI suspects to blow into the roadside handheld preliminary / portable breath testing machine (“PBT”). The PBT is so inaccurate that Virginia law bars PBT results from being used at trial, versus at a hearing on the criminal defendant’s motion to suppress his Virginia DUI arrest. Nonetheless, police-requested PBT testing is the beginning down an undesirable road for drivers arrested for allegedly driving under the influence.

Should I take the preliminary breath test when investigated for violating the Virginia DUI law?

As a Fairfax DUI lawyer, I know that a person should not submit to the PBT even if positive s/he has no alcohol in his or her system. First, our bodies can create alcohol without our consuming products containing alcohol. Second, we can unwittingly consume alcohol, for instance in mouthwash. Third, the PBT machine is inaccurate, so who knows whether it will deliver a false positive alcohol reading. Just as a person should not play with a fish once the fish has been caught, one should stay away from the PBT. Of course, do not mistake the pre-arrest voluntary PBT breath testing with the mandatory post-DWI arrest Intox EC / IR II breathalyzer testing.

What if I already have submitted to PBT testing?

If you have submitted to PBT testing, make sure that your DUI lawyer knows how to review and challenge such testing, including challenging under Virginia Code § 18.2-267 whether the police officer (1) told you that you have a right to refuse PBT testing, (2) told you that the PBT results cannot be used at trial or else not in a prosecution or only at an evidentiary suppression hearing, and (3) used a PBT model approved in the written procedures of the Virginia Department of Forensic Science. Some challenges to the Intox EC / IR II test are addressed below.

Do I risk being confused between the voluntariness of taking the pre-arrest PBT and the requirement to take a post-Virginia DUI arrest breath exam with the breathalyzer machine?

Virginia DUI suspects do risk getting confused between the police telling them that the pre-arrest PBT breath test machine is a voluntary examination, whereas the post-arrest Intox EC/IR II breathalyzer test is mandatory if law enforcement has probable cause to arrest you and asks or tells you to blow into the PBT machine. One added benefit of asserting your right to remain silent with the police and declining to submit to field sobriety tests is that the Virginia DUI suspect may then focus more on what the police are instructing the DWI suspect.

What happens with the Virginia alcohol testing refusal law if I am unable to blow enough breath into the breathalyzer machine?

Numerous Virginia DUI suspects do not produce a sufficient volume of air to be able to receive a registered result on the Intox EC / IR II breathalyzer machine. Too many Virginia police too often misinterpret this as willful refusal to submit to post-DWI arrest breath testing, and then charge the suspect with refusing a BAC test. Police have the option of asking for or directing a blood test instead of a breath test, but often do not offer that option when the DUI suspect has been unable to produce sufficient air volume into the Intox EC / IR II machine to register a BAC reading. Keep in mind that even if you are able to produce a sufficient breath sample on the PBT machine, that does not automatically say whether you will be able to produce enough breath to register a reading on the more reliable Intox EC / IR II machine, which requires a higher volume of air per blow.

A large percentage of police in Virginia arrange for their DUI investigations to be video recorded. However, my experience with Fairfax County DUI prosecutions and other Northern Virginia DWI cases, is that video recording stops before police take the DUI suspect into the jail’s or police station’s breathalyzer testing room. Consequently, without the videotaping taking place uninterrupted from the moment the police officer first encounters you to the moment you are released or held in jail (preferably only while arranging to make bond), the Virginia DUI defendant needs all the more to remember such items as whether the breath technician directed or asked the accused at least twenty minutes before blowing into the Intox EC / IR II machine, to open his or her mouth, for the breath technician to look for any foreign substances that might trap alcohol in the mouth, when post-arrest BAC testing is supposed to only test for deep lung alcohol.

Should I obtain an expert witness for my Virginia DUI defense to challenge breathalyzer testing?

As a Fairfax criminal lawyer, I have repeatedly worked with forensic science experts to challenge breathalyzer machines, and also before with physicians, in challenging BAC evidence in Virginia DUI prosecutions. Items to prepare and look out for include obtaining the Intox EC / IR II machine data carefully (via the DFS website and by a faxed request), getting three subsequent mouth temperature readings (to keep in a safe place), and doing the following math for working with a forensic science expert in challenging the BAC results: For a BAC reading allegedly 0.15 or more (let us use 0.153 as an example), we take the lowest breath test result (as directed by DFS), then we subtract the DFS-admitted +/- 0.008 margin of uncertainty. Next, we see what the DFS’s target value is for the dry gas standard used as a control mechanism to check the performance of the Intox EC / IR II machine.

What if the Virginia DUI arrestee has GERD / Acid Reflux?

In a nutshell, if a person is a full-blown GERD sufferer at the time of blowing into the Intox EC / IR II breathalyzer testing machine, then the results of BAC testing are unreliable, because with GERD sufferers, the hiatal hernia often remains open (which does not happen to those not suffering from GERD), thus allowing stomach contents to pass through the esophagus into the suspect’s mouth. My understanding is that many GERD sufferers have experienced having stomach contents go into their mouths from GERD, without knowing whether they have had a GERD episode. Consequently, those with full-blown GERD should be offered blood testing to avoid an unreliable breath alcohol content and more unreliable than usual PBT test.