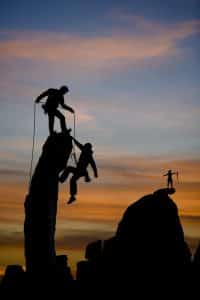 Welcoming Virginia DUI court rather than dreading it is the way to go, says Fairfax criminal lawyer

How can a Virginia criminal defendant get a good night’s sleep and be welcoming of the court battle ahead?

A Virginia criminal defendant can sleep better and be more welcoming of the court battle ahead, by knowing not only that s/he has a qualified lawyer on his or her side, but also by knowing that the defendant is taking good personal, physical and spiritual care of himself or herself. One’s criminal defense lawyer needs to be fully and skillfully prepared in defending his or her client, and the lawyer and client should work together as a team in pursuing victory. No matter how excellent is one’s criminal defense lawyer, and no matter how great a job the lawyer is doing and how much confidence the client has in his or her lawyer, many DUI and criminal defendants still get significant anxiety over their cases. That is human, but one is stronger when one gets a good night’s sleep.

Here is a story to help in welcoming the court battle — with my own variations from the old theme — for getting a good night’s sleep each evening while one’s Virginia criminal case is pending in court, about a warrior captured by the opposition and locked up. Unable to get to sleep that night, an apparition of his teacher comes and asks why he is not sleeping. “Because tomorrow I will surely be interrogated, tortured and killed at the hands of my captors.” The warrior’s master reminds him that only today is real, and to get a good night’s sleep to be ready for the next day’s challenges. Then the warrior falls soundly asleep.

Is being in the moment the simple way for me to eliminate anxiety over my Virginia criminal case and to obtain victory?

Many people are dissatisfied that the foregoing story does not tell us whether the warrior survives the next day or not. Of course the ending is not provided, because the point is about the power of living and acting in the moment, which of course does not mean to avoid planning for the future and knowing and protecting against the potential risks ahead, but also means not obsessing so much about possible future fallout to the point that doing so debilitates the person. Welcoming the court battle ahead involves preparing for and being ready for the victorious possibilities, and never throwing in the towel.

In that vein, there is another lesson about how successful samurai did not obsess over their next few possible moves (which one can get away with when playing chess, because chess does not involve physical combat), lest taking themselves off of the present moment got their heads lopped off in defeat. Welcoming opportunities for criminal defense victory is key.

Joy and humor can strengthen a Virginia DUI and criminal defendant as well in welcoming the potential for victory. For instance, in another lesson about being powerfully in the present moment, the story goes that a man was chased in the wilderness by two tigers, and even worse, right to the edge of a cliff. Thankfully, he found a vine growing from the side of the cliff and started climbing down the vine towards safety, only to see that as one tiger waited above for its human meal, the other tiger had found its way to the bottom of the cliff. As if that were not enough of a challenge, to field mice found their way to the vine and started chomping away at it. With the man’s life in the balance, he saw a luscious wild strawberry growing on the side of the cliff, picked it, and at that moment was consumed with how delicious was the strawberry. The joy of living strengthens us and helps put us in the present moment, as does feeling at home no matter where one goes, no matter how inhospitable the terrain and people otherwise feels.

As a Fairfax criminal lawyer, I have seen clients come into my office with the total support of their relatives and friends, those who will not tell a soul about their case, and those in between. Powerfully fortunate are the Virginia criminal defendants fortunate to have the moral support of their family and friends. For those who do not tell their friends and family, for starters my clients have my own moral support. Of course, the family and friends of criminal defendants can also feel anxiety, so this article about welcoming the potential for courtroom victory also is for them.

For people on a religious or spiritual path, the right pastoral or spiritual counselor may also be of benefit, but will not replace the benefits of a psychologist, psychiatrist or licensed clinical social worker. In that vein, I have seen before in courthouse parking lots and courthouse conference rooms the power of group prayer with the criminal defendant before court starts. That positive collective energy can inspire me and can follow the defendant right to the defense table even during the most challenging parts of any court proceeding, in welcoming the potential for victory.

Fairfax criminal lawyer Jonathan L. Katz pursues your best possible defense against Virginia criminal and DUI prosecutions. He is experienced and skilled assisting his clients in dealing with their anxieties over their cases while working with them as a team in fighting for as much victory as possible. Call for a free in-person confidential consultation with Jon Katz about your court-pending case.