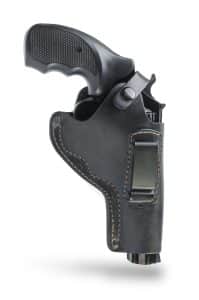 Firearm curbs are part and parcel of a Virginia protective order (also known as stay away and no-contact orders, commonly issued in tandem with assault claims). As a Fairfax criminal lawyer, I see such curbs as flying in the face of the letter and spirit of the Second Amendment right to carry and bear arms, and I say this as a person who believes in freedom of choice with firearms and chooses not to own any.

What happens to my Virginia firearm and concealed carry rights during the pendency of a protective order?

With these firearm curbs, for a person subject to a Virginia protective order it is unlawful “to purchase or transport any firearm while the order is in effect. Any person with a concealed handgun permit shall be prohibited from carrying any concealed firearm, and shall surrender his permit to the court entering the order, for the duration of any protective order referred to herein. A violation of this subsection is a Class 1 misdemeanor.” Virginia Code § 18.2-308.1:4.

Do these Virginia firearm curbs and concealed carry limitations apply even to emergency protective orders?

Can I get five convictions for possessing one firearm while subject to five protective orders?

This week, the Virginia Supreme Court affirmed an intermediate appellate court firearm curbs opinion that confirmed that the possession of one firearm while subject to multiple protective orders (here there were five such orders) allows a conviction for each such protective order. Groffel v. Virginia, Record Nos. 191233 and 191360  (Va., Nov. 19, 2020) (affirming Groffel v. Com., 70 Va. App. 681 (2019). On top of that, Groffel confirms that because Groffel was a convicted felon at the time of his possession of a firearm, he was subject to an additional conviction for violating that law, but that he could not be convicted both for firearm and ammunition possession while a convicted felon, rather than only for possessing a firearm or ammunition. Groffel, 70 Va. App. 681.

What recourse do I have against my firearms and concealed carry permit being seized when a protective order is issued?

What if my firearms and concealed carry permit are not seized when I am served a Virginia protective order?

When subject to firearm curbs under a Virginia protective order, defend your criminal defense rights, Second Amendment rights and civil liberties. Call Fairfax criminal lawyer Jonathan L. Katz at 703-383-1100 for a confidential consultation to defend you against criminal and Weapons charges, including but not limited to assault and battery charges, protective order efforts, and felony and misdemeanor charges.