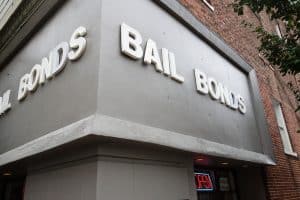 Fairfax Circuit Court Judge David Bernhard early on in his judgeship made clear his inclination against imposing cash bail. As a Fairfax criminal lawyer and civil libertarian, I read with interest how Judge Bernhard this month went one step further with a letter opinion (which is not binding on other judges) about his view that cash bonds are generally unconstitutional when not consented to by defendants. Letter Opinion of Fairfax Judge Bernhard, Virginia v. Hunter, Fairfax County Circuit Court Criminal No. KM-2020-441 (Nov. 6, 2020). His Letter Opinion’s conclusion summarizes his reasoning:

“[T]he Court finds as follows” 1) there is no constitutional right to cash bail; therefore, when the Court resorts to a secured bond release term it is derived solely from the statutory and inherent power of the Court to impose rational terms of release calculated to promote the safety of the community and the appearance of the accused; and 2) the imposition of a cash or surety bond in the instant case would only be the product of resort to custom, instinct, and arbitrary action, and thus would be an unconstitutional application of the Virginia statutory bail bond scheme, in derogation of the Due Process Clause fo the United States Constitution.” Fairfax Judge Bernhard’s Letter Opinion.

In that regard, Fairfax Judge Bernhard’s Letter Order even quotes the stark-speak of a former Virginia chief prosecutor, who two years ago said: “So 20 or however many years ago when I was a junior commonwealth’s attorney and the judge looked down at me and said ‘Mr. Herring, what’s your recommendation on bond?’ I literally pulled it out of my ass… I’d think ‘OK, it’s a felony, seems like it ought to be four figures, $3,500 sounds right.” (Virginia lawyer Mike Herring, quoted in the Virginia Mercury (Nov. 26, 2018).

The Opinion Letter of Fairfax Judge Bernhard — whom I have known since his days as a private-practicing lawyer — deems unconsititutional the setting of a bail bond in General District Court on a Virginia first-time 0.11 BAC DUI defendant who likely would not have been required to pay any bond other than for a prior court failure to appeal, and who is indigent enough to have qualified for a public defender attorney and who was unable even to afford a $2,500.00 cash or surety bond for his release, even with the typical option of having a friend or family member take responsibility for the bond, basically effectuated by paying ten percent (here $250) to a bail bond company.

Fairfax Judge Bernhard’s opinion includes addressing defendants’ wealth levels affecting whether they can pay their bail bonds, in pointing out the frequent absence of a correlation between paying a bond and assuring the Virginia criminal defendant’s presence at court dates. Of course, wealth levels heavily affect the amount of justice people can obtain in criminal court (and civil court, for that matter), including paying higher fines and restitution for more favorable settlement negotiations, having more lawyers to choose from, and hiring expert witnesses (where, ironically, sometimes public defender clients can get good expert witnesses where those who barely miss qualifying for court-appointed counsel do not have the money for such experts).

My view on Fairfax Judge Bernhard’s Opinion Letter is not to penalize Virginia criminal defendants of financial means in the court system from being able to afford better options than pretrial detention and particularly onerous convictions and sentences, but instead to overhaul the criminal justice system so that there are fewer jailable prosecutions in the first place and for society to change, voluntarily, to help more people rise in order that we have fewer indigent criminal defendants in the first place.  (This is not a fanciful concept, when people understand that their own well being, security, financial interests are benefitted with such an approach.) To penalize Virginia criminal defendants from taking advantage of their wealth in pursuing justice for themselves then leaves in the hands of the prosecution and the government to spend and spend anyway on the prosecution, starting with having the availability of police and expert witnesses who are already on the Virginia or local government payroll, and continuing with the unique opportunity of prosecutors to secure cooperating / snitching witnesses.

Curiously, this wealth-based concept concerning pretrial release was raised seven years ago — and quoted in Fairfax Judge Bernhard’s letter opinion — by a Virginia criminal justice agency employee, Kenneth Rose, who points out the economic and non-economic damage to Virginia criminal defendants who spend even as short as two days in jail.

Fairfax Judge Bernhard’s Letter Opinion correctly points out that access to assets helps determine people’s ability to pay for pretrial release. However, my view is not to effectively or intentionally penalize people with assets to not have more opportunities in the criminal justice system than what is available to indigent criminal defendants, but instead to give more opportunities to all Virginia criminal defendants in such areas as decriminalization of drugs, shrinking the long list of criminal prosecutions that presume no pretrial bail, shrinking the number of convictions requiring sex offender registration (and also shrinking the number of years that such registration is required for most convictions), and shrinking the adverse collateral consequences from misdemeanors and lower-level felonies, at the very least.

Thanks to judges who beneficially question the status quo

For decades, issuing bail bonds in many categories of Virginia criminal cases was common. “This is how it has always been done” is rarely a justification fo continuing with a court practice. Fairfax Judge Bernhard’s Letter Opinion questions the cash bond status quo head-on, which is also the profit source for Virginia’s many bail bond companies. (I keep returning to my preferred Fairfax bail bond company for its professionalism, courteous and timely way of communicating, and never exhibiting (in my presence) unseemly sales pitches.)