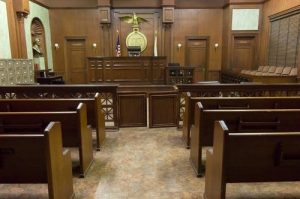 Failure to file as a sex offender is a jailable offense, underlines Fairfax criminal lawyer

Failure to register and re-register as a sex offender is a jailable offense in Virginia, whose statutory law requires such registration for those convicted of murder and such sexual offenses as sexually violent offenses, carnal knowledge with a child of thirteen to fifteen years old, burglary with intent to commit rape, soliciting a minor for prostitution, pimping, child pornography production or trafficking or subsequent possession, and sex trafficking, Va. Code § 18.2-472.1

Sex offender registry prosecutions apply to failure to register and re-register, and to providing false information

As a Fairfax criminal lawyer, I know that Virginia law makes failure to register or reregister as a sex offender a crime, as well as to knowingly provide materially false information to the Sex Offender and Crimes Against Minors Registry. Va. Code § 18.2-472.1(A). A first offense is a Class 1 misdemeanor, and a second or subsequent conviction for such an offense is a Class 6 felony. However, if the criminal defendant has been convicted of a sexually violent offense or murder, the penalties get bumped up to a a Class 6 felony for a first offense and a Class 5 felony for a second or subsequent offense. Id.

As a Fairfax criminal lawyer, I know that sexually violent offenses for purposes of Virginia’s failure to register as a sex offender law include abduction with the intent to defile or for prostitution with a child under sixteen, rape, carnal knowledge with a thirteen or fourteen year old (unless the defendant is a minor), forcible sodomy, object sexual penetration, aggravated sexual battery, and indecent liberties with a child under fifteen years old.

Wright was convicted under the previous codification of the felony against carnal knowledge with a minor of the age of thirteen or fourteen years old. He initially followed Virginia’s sex offender registry law, but subsequently changed his residence, and his failure to report the change of residence nor to re-register as a sex offender got him convicted for that.

Pure speculation will not reverse a criminal conviction

Wright’s sole grounds for challenging his conviction for failure to reregister as a sex offender is that perhaps his plea agreement struck the sex offender registration triggering condition for the defendant to be an adult. Here, Wright clearly was an adult at the time of his carnal knowledge offense. Wright underlines that: “This argument is based on pure speculation. Hypotheses of innocence that must be excluded ‘are those which flow from the evidence itself, and not from the imaginations of defense counsel.’ Cook v. Commonwealth, 226 Va. 427, 433 (1983).” Wright.