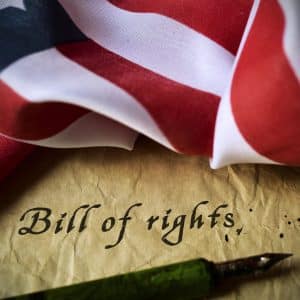 Secondary traffic offenses do not by themselves permit traffic stops in Virginia, says Fairfax DUI lawyer

Secondary traffic offenses in Virginia are traffic violations that expressly do not permit the issuance of a traffic citation, summons or ticket unless in conjunction with a primary offense, which is a violation of one of more other traffic or criminal laws of the commonwealth. As a Virginia DUI lawyer, I know that three such offenses are failure to wear a seatbelt (Va. Code § 46.2-1094(F)), smoking in a motor vehicle when a child under seven years old is present therein (Va. Code § 46.2-810.1(C)), and not turning on headlights when windshield wipers are operating (Va. Code § 46.2-1030(F)). Until 2013, texting while driving was a secondary offense in Virginia, but now is a primary offense.

“Because an officer may not enforce the texting statute ( i.e., issue a citation) absent another violation, an officer may not stop a vehicle based solely on a violation of this statute. See Graves v. Austin, 2012 WL 6019099 at *2 n. 5 (W.D.Va. Dec. 3, 2012) (‘Under the Virginia Code, an officer may not effectuate a stop of a driver for not wearing a seat belt; it is a secondary offense.’); see also Commonwealth v. Graham, 2000 WL 1810020, at  (Va.Cir.Ct.2000) (J. Kelsey) (noting that the legislature specifically withdrew authority for law enforcement officers to stop vehicles for the secondary offense of failure to wear a seat belt) (discussing Commonwealth of Virginia v. Fells, 50 Va.Cir. 55 (Va.Cir.Ct.1999)). Therefore, a police officer may not stop a vehicle solely for a violation of the texting statute.”

Although Wingle ruled that stopping a vehicle merely for texting was not permissible in Virginia when texting was only a secondary traffic offense, Wingle still ruled as lawful the police stop of Wingle’s car because the police officer had sufficient grounds to stop Wingle for reckless driving:

Consequently, even when a Virginia police officer does not issue a charging document for a particular moving violation, the trial judge still is free to find a primary offense that justified a traffic stop, even though stopping solely for a secondary traffic offense does not suffice.

Virginia DUI lawyer Jonathan L. Katz pursues your best defense against DUI, felony, and misdemeanor prosecutions. For a free in-person consultation with Jon Katz about your pending criminal court case, please call his staff at 703-383-1100 to schedule an appointment.